From Pulse to Beat: The Origin of Music 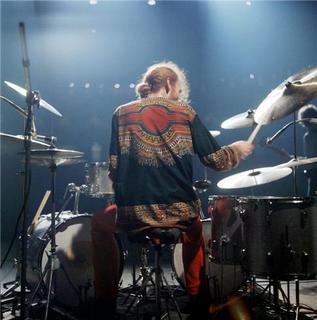 Before the beat there was the pulse. The pulse is cosmic in origin, the emanation of eternity that is forever being reproduced in time as the now or moment in existence. Man and woman at the early phase of evolution were spiritual beings who experienced the nature of the earth as a unified body of sense, expanding and contracting on the cosmic pulse of life. What would later externalise as musical composition was a facet of this sublime echo of eternity: the timeless score of reality which musicians and performers unconsciously endeavour to replicate.

As the past became a psychic impediment to the spiritual flow between the principle of Man and the cosmic pulse, life on earth began a strange metamorphosis. Human beings became entrenched as physical bodies, no longer able to withdraw into the inner harmony of life but stranded in a divided and alien existence. When the pulse faded from the collective consciousness, a more urgent and progressive rhythm emerged that was consonant with the new world order and developing human nature. The beat manifested through the organ of the heart as the physical reproduction in time of the cosmic pulse.

To compensate for what was felt to be missing, primitive man looked to nature to invoke the original sense of oneness with the earth. He awarded special significance to sacred creatures, whose gestures and shapes were replicated in ceremonial dances and rituals. Shamans or witch doctors utilised the percussive beat to invoke a deeper communion with the nature spirits. They discovered the beat had strange and magical effects that made the body move and could alter the perception of the mind to provide a bridge between the sensory and psychic worlds. Later this practice became corrupted by the force of human nature and used as a means to manipulate others by psychic magic and illusion. When the magic began to wane, human sacrifice became necessary to achieve the same effects as before. The beat became progressively hard, invoking powerful unconscious forces within the body that were sexually charged and aggressive. Man was no longer in charge of the beat – it had begun to possess him.

The beat of the drum was used for millennia as a psychological weapon in warfare to bolster courage in the soldiers and strike terror in the heart of the enemy.  As the civilising process became predominant in human evolution, the creative aspect of music and the first songs began to emerge. The first musical compositions were played on primitive instruments as homage to the spirit of the earth, and later as tributes to deities in religious ceremonies. Before anything was written down, music and poetic verse was the means in which the traditions and customs of the past were communicated to successive generations. It was also an opportunity to sing of love and the virtues of man and woman. The musicians were the original troubadours whose songs were a faint echo of the cosmic pulse and kept the people in touch with the romance of life. As music evolved it was observed that certain notes in an interval or sequence could invoke feelings of either sadness or joy. Today, any song or composition able to stir the emotions is likely to find an eager and appreciative audience. Music can act as a palliative to the stresses and strains of modern living, and for some people it’s the lifeblood of their very existence.

Musical trends and styles follow the customs of the times and can provide an insight into the broader perspective of any era. The key to modern music’s popularity is its sheer diversity where just about anything goes. The influence of music is now endemic, and in our modern culture the beat has become even more predominant. You can hear it in a passing motor car with the bass booming so loud you wonder how the driver isn’t deafened! Restaurants play music to subliminally influence diners to eat more quickly, while news broadcasters drum up the beat as a background to the headlines in order to stoke up the emotional ambience of the viewers. There’s nothing wrong with the beat as long as there’s an awareness of its hypnotic pull towards psychic possession. At a broader level the beat is a facet of the global sexual self that now possesses the world. Indeed, as performances become more sexually explicit (with dance and stage routines resembling a good night at Sodom and Gomorrah!) the psychic entity is manifesting in an evermore visceral representations of the loss of humanity’s virtue.

However, there’s a distinguishing factor that elevates certain musical compositions and songs to a creative level that transcends the normal listening experience. Occasionally, gifted composers and performers are quoted as saying that their most inspirational work comes through without effort from another place, and in effect they are a vehicle for the creative idea to externalise. It’s sometimes observed that a performance that was exceptional appeared to be playing independently of any personal interpretation. When this happens in a live concert, or is captured on a recording, the beat has merged with the pulse; and all that remains is the pure creativity of the moment.

When music emerged in the original East, the master musicians were able to invoke this spiritual aspect at the heart of all musical expression. In fact all music at this early phase of human culture was devotional and played in reverence to the sacred sound of eternity. The effect on the players and on the audience was to invoke the muse of music, which unified not just the sense of hearing but all of the senses simultaneously. The music of the East directs the listener inwards on a wave of sound to participate in the creative source. Western music is projective in essence and directs the listener outwards on the beat as an emotional response to an artist’s performance. Music heard through just the sense of hearing must have a beat in which to project its presence through the matter of the sensory world. The cosmic pulse is not limited to the senses but can enter existence and withdraw at will without affecting its sublime state of reality. Even the finest works of Beethoven or Mozart are rendered inconsequential in death or unconsciousness.

Both East and West have now merged into a fusion of global musical culture where just about anything goes. The muse, however, has not disappeared and still surfaces, whether at the opera house, stadium or through a singer at the local pub. The cosmic pulse is the pause behind the beat – an interval of space that transcends time, but is forever now as the song of life in existence.