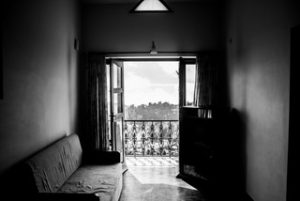 The fear of death is now deeply ingrained in almost everyone on earth. To begin to grasp the truth of death it’s necessary to see how the human mind has made a concept of what is an intrinsic part of life. Death is always perceived to happen in another body. If we never see our own dead body, death is an assumption; and if we do see our own lifeless form, we obviously can’t be dead.

Death intrigues and appals people in equal measure since everybody from birth is under the sentence of death. The psychological effect is to extend further out into the screen of existence as a projection of hope that death will come tomorrow and never today. Every body dies, which is an irrefutable fact. But the life within doesn’t die; it merely withdraws, just as it does every night when the body goes to sleep. Only at physical death the thread which connects the senses to the surface awareness is severed. This signifies the end of that particular recurrence and the beginning of a new phase of life.

The task is to die while alive, not as a martyr or exhibitionist, but as an ordinary man or woman who is no longer a slave to the world as ignorance of self. The creation, for all its wonder and beauty in sense, is but a replica of a far more enduring and shimmering celestial reality. It’s the pull to experience life as lived on earth which exerts its magnetic impulse to entice humanity as individual bodies to live again and so perpetuate the dream of existence. But as I’ve endeavoured to communicate in other articles, there’s no reincarnation as a continuity of self since every recurrence begins afresh with the slate wiped clean.

It’s the absence of original knowledge which appears to separate the inner and outer hemispheres of existence. Both inner and outer space function as a unified field when self is absent as a structure of mind. Prior to physical death, and sometimes in life-threatening situations or extreme shock, there’s a crossover between the normal fixed position of mind to an altered state of consciousness. This is commonly referred to as ‘out of the body experience’. The body is not actually ‘left’ because the reality of the body extends beyond the physical limitations of material existence and has no definitive shape. So from this perspective, the attention can appear anywhere from a point of consciousness looking down upon the body to the deepest constellation in outer space.

In my own experience, and paralleling outer events of unrelenting intensity, the death state endured for three days. During this time I existed as a body and nothing else, amazed at the indescribable freedom of space divested of self and without any position of mind. Inherent in this deathless state is pure knowledge without memorable reflection. Whatever is perceived, from a leaf to another being, communicates it’s reality as the essence of its spiritual identity. The overriding sense is of the great privilege of being in such a state of grace.

The earth is a spiritual being in the hierarchy of planets within the solar system. Each of us is a cell in this cosmic body and inseparable from the whole. To begin to step out of the limitation of death and to detach from the world is to realise the truth while alive. This is now a possibility for those who are wiling to make the ultimate sacrifice through the surrender of their self for the greater good. Death is no longer to be a barrier to life. This is an ongoing revelation which I shall endeavour to impart to those who are drawn to my teaching.