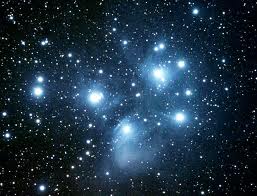 The great body of scientific knowledge is facing a crisis unlike any before. With a discrepancy now raised by a number of scientists relating to the speed of light, there are shock waves reverberating around the scientific fraternity. The dawning of a new epoch of science is pending and will introduce what was previously thought to be impossible: namely the exceeding of the speed of light.

The calculated speed of light is the psychological barrier that still exists between modern physicists and Albert Einstein’s theory of relativity. Its precepts are now unworkable in terms of present scientific consciousness and the quantum theories that appear to contradict this holy grail of relativity thinking. Some individual scientists have already discovered that, at the extremity of their theoretical calculations, only the invention of abstract particles can substantiate their findings. It is the presence of these abstract particles on the periphery of existence that challenge the principle laws of physics.

The bridge between the visible and invisible realms is the energetic stream of reality behind or within the sensory appearance and materialism of the physical world. The whole remarkable creative process is in a continual state of flux where nothing is continually becoming something; and then disappearing back to nothing. The decay and decomposition of matter that follows the death of any life form is the external symbol of this reality. But within all matter and producing the energetic instructions is pure intelligence that exceeds the speed of light. This intelligent blueprint has now manifested as D.N.A., which provides science with ever more insights into the amazing system of life’s creative brilliance.

Pure energy before it takes form in the manifested world is not governed by the limitations of relativity thinking. Without necessarily realising the implications, the new scientist in probing the indefinable mystery of matter is being inducted into a higher state of mind. The difficulty for any individual scientist reaching, or even realising the state of pure energy, is the likelihood of a mental breakdown of some kind. The fundamental difference between the mystic and the scientist is the direction or focus of intelligence. The mystic looks inwards and proceeds as a negation of existence through self-surrender and love of the unknowable. The scientist looks into the objective world and is motivated by the desire to understand matter through the reduction of ever finer slithers of existence. It is this intellectual bias dominating scientific thought which attracts opposition and conflicting forces that ultimately sullies many of its most brilliant ideas.

In the most recent experiment at CERN, the world’s largest particle accelerator, scientists were baffled by neutrino sub-atomic particles appearing to exceed the speed of light. What happened was that the neutrino particles fired into the tunnel at CERN reached or exceeded the speed of light. This immediately instigated a time change where the particles disappeared from sensory space into the formless energetic realm. Liberated from the past, the neutrino particles entered the immediacy of the present. With no positional bias to subject them to the laws of cause and effect, the particles transcended time – and then reappeared to contradict the minds of the scientist still limited to rational sub light speed intelligence.

The search for the mystery of life and its significance for humanity as a race have preoccupied the world’s greatest minds and thinkers since the dawning of time. Among the more perceptive scientists has been the acknowledgment, and sometimes perception, of a higher intelligence or creator God behind the formal universe. This is because, given the inspiration and devotion, intelligence can enter the realm of pure perception and realise as direct knowledge the energetic wonder of life before it takes form. Anybody who has realised this inner state will no longer have any doubt as to the reality of existence.

The dilemma facing the scientist who has realised this state is how to rationalise something so intimate that cannot be proved or quantified as a formula or theory. Theories have built-in obsolescence that enables them to be modified or superseded by each new generation. They symbolise the unsteady condition of human intelligence that operates in compromise and the abdication of responsibility. Reality or truth, on the other hand, cannot be sullied but can become corrupted when interpreted by the mind. Examples of this are the truths imparted by Jesus and Buddha; over the millennia countless generations have interpreted their words and distorted the simplicity of their teachings.

It is the fear of the individual scientist standing alone (and perhaps being subjected to ridicule by the great body of science) that has so far prevented the exceeding of light speed. The breakthrough must come, but it will be through default and not as liberation of inspirational knowledge for the benefit and greater good of mankind. Science will hail the breakthrough as the most incredible scientific achievement ever. A source of energy will be discovered (beyond light speed) that produces particles imbued with the creative intensity of a star. It will open up the next phase of human evolution with space travel to the other planets and then the stars.

Unfortunately, just as nuclear power is used for the proliferation of atomic bombs as well as an efficient energy source for electricity and heat, the new energy source will produce similar negative effects on the wellbeing and spiritual advancement of the race. The individual scientist may weep at the futility of his efforts to deter the political and military powers from utilising the latest technology for weapons and tactical superiority. The progressive movement is an unstoppable wave of the past that must repeat itself in accordance to the law of karma. Such is the ignorance of the world that science and technology, as an unconscious impulse, must provide an ever swifter medium to communicate the misery and unhappiness of humanity.