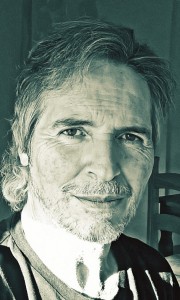 Mindfulness is the latest buzzword that has captured the attention of the media and even used by politicians in the House of Commons. People are apparently practising mindfulness to reap the benefits of peace and rejuvenation in order to assuage the stresses of modern life. This has to be good news if it is true. But what exactly is mindfulness?

As a general rule, when anything related to self-knowledge enters the public domain the original substance has been well and truly depleted of any reality. This is because the public are shielded from the truth by the media, whose sole occupation is to perpetuate the untruth. Originally associated with the Buddhist religion, the term ‘mindfulness’ represented a state of consciousness realisable when the mind is still and without thought. As is often the way with eastern teachings, the western mind has complicated the simplicity of the truth originally imparted by the founding master. In any case, since the times of the Buddha things have radically changed, including the power and significance of words. Mindfulness is an out-dated expression for these times but the state it implies has never changed.

There is only one mind and that is the Divine Mind of God. This is the Buddha’s void, a vast field of stillness and profundity. The human mind, or mind of the person, has set up shop within the Divine Mind. The human mind differs in everybody according to what’s in it. In other words it is completely personal and conditioned through the impressions and experience of that particular living life. The human mind gains security through incessant movement and the support of emotional feelings, which create a sense of personal identity. The Divine Mind is impersonal and universal in its immediacy of knowledge relating to the advancement of human spirituality and cosmic profundity.

The human mind works well enough as a servant to the Divine Mind when action is kept to the practical demands of the world and reflection on the memory is minimal. The difficulty is that the servant has usurped the master and now controls not only the inner space of the individual but the global obsession with acquisition and progress. Humanity has now extended so far into the screen of existence that it has become utterly entrenched in materialism and clings for dear life onto the threads of a mind-made transitory world. The consequences are dire for the wellbeing and spiritual nourishment for the people of the earth. Information and electrically-generated data transmitted at an ever greater rate has agitated the human psyche, registered in many people as periods of uncertainty and despair. Deepening anxiety will continue to infect all but the most insensitive of people. It is little wonder that many people are now desperately turning to any method that promises to take some of the strain out of their daily existence.

It must be stated that it is impossible to describe mindfulness because the state has no attributes and cannot be quantified as an intellectual formula or concept. Anything that is real or spiritual is realised as an induced direct communication. One could say that mindfulness is the two hemispheres of both inner and outer realms of existence in union as a divine harmony or flow. Love is the bridge between the two realms.
The external representation of the Divine Mind is space. We exist and have our being in the space of Mind. Just as space is everywhere as an inner and outer reality, so is Mind. Inner and outer space unite, enabling intelligence to function as a direct impulse from the realm of higher mind. Implicit in the clarity of space or mind is knowledge, the intimation of the good without opposite and the truth of the mystery of life. In the approach to mindfulness both inner and outer realms must eventually unite to provide harmony and equilibrium in the life. The spiritual quest is to realise this purity of space as a state of being within and without.

Everybody at one time or another enters this state of being, no matter how fleetingly, and always it is with the same astonishing impact of immediacy and grace. The reality of the state is realised to be complete unto itself and absent of any thought, imagination or visualisation; it leaves no space for interpretation by a personal mind or to work anything out. This is true mindfulness beyond the human condition of complication. The difficulty is that the mind, unless prepared, will be unable to rest in the state of neutrality and will begin to think, get agitated or reflect on something from the past. This immediately short-circuits the state of mindfulness and the significance of the experience is either shrugged off or perceived as something rather unusual and mystifying.

The spiritual process purifies the body of personal space into universal space. Personal space consists of emotional blockages that populate the subconscious as strata of attached matter. The trauma of existence, which everybody experiences in one form or another, generates emotional calluses that in time become attached to the simplicity of the psychic structure of the body. In adulthood, or before, these emotions harden and become insensitive to the natural state of innocence inherent within everybody. The self of ignorance, anger and destructiveness arises through the frustration of separation from the Divine Mind and the complication of a discordant and divisive existence. The difficulty facing anyone who endeavours to seriously master the mind is the virulence and cunning of these emotional energies that are wilfully resistant to surrendering their position.

The self-evident truth that most people overlook in their ordinary lives is the sensation within the entire body. The body is the temple where every mystic and spiritual teacher who ever lived has entered to realise God. The flow of pure vitality which is natural to the body becomes congested in time through the conflict and strain of modern living. The impulse is to avoid facing the pain of these congested emotional areas and so become identified with a band of awareness in the head. The vast majority of people have lost touch with simply being in the sensual delight of the body. The focus of intelligence when redirected inwards provides a valuable new resource of energy, reconnecting with the well-being and providing a heightened sensitivity to the environment. When the mind is anchored to the senses and the actual sensation of the body the thinking process slows and eventually is neutralised. Being conscious in the senses is the prerequisite to mindfulness.

The key to realising mindfulness as an enduring state is the elimination of any unnecessary leakage of energy in everyday life. It’s all about containment of energy and self-observation since it takes tremendous energy to bring the state of mindfulness into the daily life.
The main energy leakage is thinking. This relates to unnecessary thinking such as daydreaming and associated thoughts that drift aimlessly in the mind and soon degenerate into worry and anxiety. Thoughts arise through feeling. Feelings arise from emotional energy that produces movement of the mind. The task is to reduce the course vibration of the emotional body through aligning the personal mind with the impersonal mind that supports existence. The stilling of the mind is essential as this enables the perception to penetrate and purify the attached matter or past that is the substance of the false self or guardian to the higher states of mind. As the mind becomes more still, intelligence speeds up to provide a greater clarity of perception in which to address the difficulties in the external life.

It takes a tremendous commitment as a way of life to detach from the hypnotic pull of the human mind’s attachment to existence. A therapeutic session or two may provide a palliative for stress in the short term but eventually, if an individual is serious, the search for truth becomes the main focus of the life. And this requires enormous discipline and one-pointed dedication. The Aquarian age symbolises the possibilities of evermore accessible ways of truth and knowledge for the times. It is good that something as potentially beneficial as mindfulness has become fashionable but it will be soon be superseded by the next craze or new age fad. The truth is for the individual. There is just too much resistance and ignorance in the world for any mass solution.

The highest truth and glory requires the greatest sacrifice: that’s the justice and integrity of life. Once realised to a depth where there is an irreversible change within the man or woman, the life is perceived as no longer personal. The person or self arises from the mind and emotions, the only barrier to the higher state of mind. The continual dying to existence is the holy life imbued with divine purpose. Fortunately everything is directed in our lives towards completion and eventual union with God.