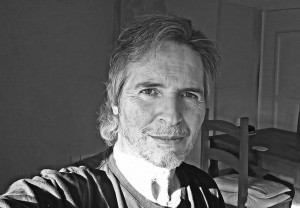 Mindfulness is the latest buzzword that has captured the attention of the media and even used by politicians in the House of Commons. People are apparently practising mindfulness to reap the benefits of peace and rejuvenation to assuage the stresses of modern life. This has to be good news if it is true. But what exactly is mindfulness?

Mindfulness is an eastern term associated with the Buddhist religion. The word represents a state of consciousness that is realisable when the mind is still and without thought. It is the ultimate state of intelligence that functions in the present or immediacy of the ever-recurring moment. As is often the way with eastern teachings, the western mind complicates the simplicity of the truth originally imparted by the founding master. In any case, since the times of the Buddha things have radically changed, including the power and significance of words. Mindfulness is an out-dated expression for these times but the state it implies has never changed.

There is only one mind and that is the Divine Mind. This is the Buddha’s void, a vast field of intelligence, power and profundity. The external representation of the Divine Mind is space. Implicit in the clarity of space is knowledge, the intimation of the good without opposite and the beauty of the mystery of life. Everybody at one time or another enters this state of being, no matter how fleetingly; and always it is with the same astonishing impact of immediacy and grace. In this universal space of truth, which is the absence of thought, imagination or any visualisation, it is self-evident what is meant by ‘being in the world but not of the world’. This is mindfulness beyond the human condition of complication where everything’s complete, unwavering and still. The reality of the state leaves no space for interpretation by a personal mind or to work anything out. The difficulty is that the mind, unless prepared, will be unable to rest in the state of neutrality and will begin to think, get agitated or reflect on something from the past. This immediately short-circuits the state of mindfulness and the significance of the experience is either shrugged off or perceived as something rather unusual and mystifying.

Mindfulness is the two hemispheres of both inner and outer realms of existence in union as a divine harmony or flow. Love is the bridge between the two realms. The spiritual process in my experience has been the purifying of the body of personal space into universal space; the spiritual quest is to realise this purity of space as a state of being within and without. Within the inner space of each man and woman is a personal mind, the storehouse of impressions, memory and experience of that living life. Living consists of relationships with people, situations and things that deteriorate into conflict, stress and misunderstanding. The trauma of existence which everybody experiences in one form or another attaches matter as emotional calluses to the simplicity of the psychic structure of the body. The mind, fuelled by the emotions, generates force which manifests as worry anxiety and fatigue. The space of the inner being is then corrupted and twisted by incessant mental and emotional energy. This is mindlessness which arises from thoughtfulness that is the consequence of intelligence no longer centred in the senses of the physical body.

The guardian to the Divine Mind is the human mind whose frantic need to know and understand the unknowable restricts access to the state of mindfulness. The human mind or mind of the person operates in movement. It works well enough when action is kept to the practical demands of the world and reflection on the memory is minimal, such as remembering a ‘phone number or the name of a street. The difficulty facing anyone who endeavours to seriously master the mind is the virulence and cunning of the emotional energies that are wilfully opposed to surrendering their position. These emotional energies, having been imbued with consciousness gathered in experience, are able to intelligently anticipate any action of the person to alleviate negative traits and symptoms.

It takes a tremendous commitment as a way of life to detach from the hypnotic pull of the human mind. A therapeutic session or two will not get you there, nor will meditation for two hours a day. In the approach to the state of mindfulness it is necessary to identify and eliminate any unnecessary leakage of energy in everyday activity. The focus of intelligence usually projected outward, when redirected inward neutralises the thinking process. Then the mind is anchored to something other than the movement and restlessness of itself. The mind is unable to move when grounded in the senses. Being in the senses is the pre-requisite to mindfulness. The individual must be willing to enter the body with stillness and an alert intellect, looking without judgement or fear. Humility is the key to being nothing. Everybody is trying to be ‘something’, to be assertive as a projection of force as self-expression. Here that is not necessary. The body is the temple of worship and, if there is a God or whatever you identify with as the highest Will, this is where you will find it.