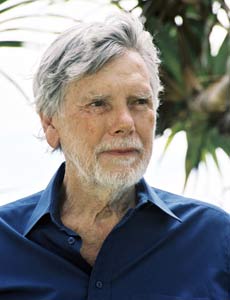 When you discover something so real and true there is the knowledge that there is nowhere else you want to be. Being with this extraordinary man as much as possible became, for the next ten years, the main focus of my life. Together with my partner Marilyn we travelled extensively in the next decade, often to Australia and to many other countries around the world, absorbing and endeavouring to live Barry’s extraordinary teaching. Throughout this period there was the knowledge of the great privilege of being in the master’s presence and the sense of higher purpose. It was a time of intense inner change for both of us that was sustained through Barry’s deep love and spiritual profundity. The master was there to give us what was needed so that we could carry on.

The remarkable teaching of Barry Long encapsulates the entire spectrum of the spiritual life. There has never been a teaching like it and never will be again. Barry was a true original, unifying the perennial search for the absolute in the realisation of the transcendental God out of existence and the love of God in existence through the physical union of man and woman.