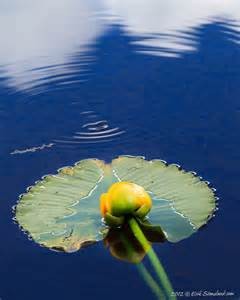 Having begun a new phase of life, possibly with a spiritual teacher or some other reflection of truth, the individual enters a spiritually receptive state. The self-knowledge accrued through the living life to date is reaffirmed and enhanced by the new source of inspiration. There can be a heightened perception, reflected externally in the softening of the hard outlines of physical forms and a deepening sensitivity to the impermanence of all things in existence.

The speeding up of intelligence induces the immediacy of direct knowledge. In moments when the past is neutralised as an impediment to the present, aspects of the vast memory of life, stretching back to the dawn of time, can be intuited as intimations of humanity’s mythic origins. These highly potent energies are forever rising into existence from within the human psyche. They can take form as mythical visions, patterns of symbolic energy or as inspirational knowledge applied through some form of artistic self-expression. Most spiritually productive of all is to invoke the living power of myth as a state of consciousness through which love and truth can be realised. Myth to me is synonymous with the love between man and woman; only in real love does the mystery begin to unfold. Love is a continual process of refinement towards a simplicity and innocence that is the essence of true romance.

The mystery of life is the womb. The deepest yearning for woman is to unite with her womb and for man to enter it with love and reverence of this sacred place of worship. The spiritual awakening is the preparation to consciously unite with this source of life and love. The return to the womb and the challenges encountered on the way is the recurring theme of all of the great myths of antiquity. True myth is energetic and the way that spirit or the indefinable source of life is able to communicate the truth of existence. The myth of King Arthur, as well as many others of the ancient world, endures in the human psyche, not only as wonderful tales of heroism but because of the essential element that flows through them all. This is the romance of life: to uphold the integrity of love through chivalry and self-sacrifice unto death. To read the myths as fiction or intellectually is not enough to invoke the living reality, if such a thing exists. The individual must be prepared to live a myth to have the power and strength of purpose to merge with the mystery of the womb.

How is it possible to live a mythic life amidst the throb of the electronic age and the dull vibration of the material world? The most effective way is to take a chance on love in a relationship that refuses to compromise with the emotional demands that arise through unconscious living. It’s a tall order, especially for man unless he is willing to confront the demonic force that has been controlling and manipulating his life. This unconscious force is sex – the diabolical psychic entity that manifests in mythology as the fire-breathing dragon that threatens the beautiful princess. The man must draw Excalibur, as Arthur did, from the bedrock of his past experience that encases his integrity and honour. He must be willing to go all the way into the hell of himself to be purified of his ignorance and foolish notions of love. With his sword he must sever any attachment to his imagined freedom or independence and the thoughts that he has something better to do with his life. Woman must make a stand by refusing to be corrupted through unconscious sex and hold to love insisting that her man be present and attentive to the moment. Most importantly of all is the sense of a higher purpose beyond the normal way that lovers choose to live, after the honeymoon period is over.

Another way to invoke the power of myth is in perceiving the wonder of nature and the timeless quality of the starry universe. It seems to me that the more primitive cultures that survive today can still give some indication of the sacred connection between humanity and the nature of the planet. The tribal people appear to have an inherent knowledge of the mythic reality that is part of their culture and way of life. The tribes that are closet to the earth’s spirit want nothing to do with the western culture, but have no protection against the progression of greed and acquisition of their natural resources. However, the individual can become more attuned to nature by being more grounded in the body and the senses. There’s a magnificent oak tree in the field where I live and on occasions, when I sit with this beautiful life form, I’m aware of its essential being emanating as a subtle flow of life.

It is possible to merge energetically with anything in nature; the key to it is in not anticipating anything out of the ordinary to happen and to be still and easy. When gazing at the stars and planets the same principle is applied and a remarkable exchange of energy can be registered. For example, the Moon has a distinct energetic presence that differs to Venus or Mars. Different constellations emit a particular cosmic signature that is distinct from other stars within the universe. Giving time to regularly be with nature, or to pause to look at the heavens, activates the idea or reality behind the sensory form within the observer.

In time, the two phases of the spiritual process merge as love and truth. These two aspects of the divine way of life are represented in myth through the earth and the cosmic space that surrounds the planet. Love arises from the being of the earth and enters existence as the sensual experience of being in the flesh. The cosmos represents the truth of existence and is the origin of all knowledge. As love emerges from the being of the earth’s spirit and through its life forms, intelligence gives meaning and definition to the structure of existence. The two aspects of Divine Being are cosmic truth and love of the earth. Truth is realised through greater perceptions of nothing or abstract space outside existence. Love is realised in existence through the union of man and woman uniting in the holy presence or space within the womb. Space, both inner and outer realms, is the key in bridging the mystery of life, and the subject of the next article.