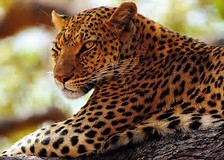 Failure and success are psychological divisions in the human mind which create a background tension of uncertainty and fear. The difficulty for human beings is that freedom from the tyranny of the emotional self is only possible when the truth of failure and success is realised to be an inhibiting factor to the enjoyment and delight of life. Why do we regard having failed in the first place, and how can success be measured in a world of shifting values and the absence of true wisdom?

There’s no failure or success in nature or anywhere else in the universe. A leopard that is unable to provide food for its dying cubs hasn’t failed in raising them to maturity, but succeeds in providing nourishment for the earth and other life forms. Evolution of the species was an incredible inner and outer process of unparalleled genius. Each new creature design was a prototype towards becoming an ever finer vehicle for Homo sapiens and the superior sense of self-consciousness. Many of the ideas for certain species were unworkable and discarded by the incredible intelligence operating within the psychic system of the tree of life. What would be regarded as failure to establish a particular life form was intrinsic to the eventual refinement and success of another class of the species. This subtle discrepancy between cosmic intelligence and sensory awareness would eventually develop in the human mind as conscience and, with it, the notions of failure and success.

Children, from an early age, absorb the concept of failure and success from parents, teachers and society. This develops into a competitive drive, an emotional neurosis of contraction and expansion that unknowingly isolates an individual from the harmony of the whole. This is registered as elation at a successful outcome, or feelings of pain and despondency when things fail to turn out as planned. In sensitive individuals, when subjected to exams at school and higher education, the intensity of the fear of failure is often magnified, causing terrible suffering. Guilt from not measuring up to the expectations of others often follows. This is a dark substantive energy absorbed in the subconscious mind from birth, and solidifies in the psychic transition during puberty.

The purpose of life is to enter existence through the myriad life forms at the behest of the creative principle behind the appearance of the manifested world. This is the greatest success story of all time which, unfortunately, we human beings have mostly forgotten. Failure arises in the absence of purpose, when an individual becomes identified with personal desires and lives as a slave to the unconscious forces of existence. Where personal goals and self-interest are rampant, there will be a conflict of interests with others – and the inevitable successes followed by the disappointments of failure. Purpose is the conscious octave of ambition. Whereas the drive for worldly success is a personal goal and can be measured in a chronological sequence, purpose is impersonal and has no beginning or end.

It’s often said when recounting someone’s life (usually someone in the public domain) that he or she had two or three ‘failed’ marriages. In the realm of love and relationships there are never any failures. This is because in each encounter, regardless of how things turned out, both people are profoundly changed. From a spiritual perspective it’s often the most challenging circumstances that provide the greatest opportunity to detach from the constraints of emotional attachment to another. Success in love cannot be quantified, but is demonstrable when purpose is applied to the living life. The purpose of love is to enjoy the privilege of a loving partner’s reflection, or being alone in a trouble-free state. With increasing self-knowledge it’s possible to realise that there’s been no failure in the life – as long as there’s no self-judgment or negative interpretation of past events.

Failure and success are symptoms of the absence of fulfilment, which often compels people to keep busy towards an imagined completion in the world that, of course, never comes. This creates inner tension and attaches an individual to their personal achievements. The unique quality of a man or woman is originality, expressed as freedom from the constraints of failure and success. Success is detachment from the suggestion of failure by the world. However, due to the deplorable indoctrination of religions and avoidance of love and truth in our politicians, leaders and teachers, the human mind is riddled with the psychological disease of fear.

Fear of failure is transcended when an individual refuses to compromise with anyone or anything in the world that would sully or undermine their own integrity. Difficulties and setbacks are life’s way to disabuse us of our failure to comprehend the purpose and supreme justice of life. This is achieved through invoking the truth of life itself, so as to be responsible as a unique being of the earth. When the shroud of fear is removed, failure has no meaning; and success is realised as the knowledge of having been true to life, leaving nothing behind that would burden anyone else when it’s time to go on.