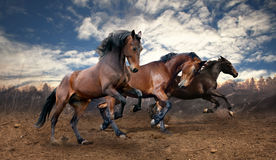 Millions of people practise meditation but very few are able to enter the body to its deepest profundity. This is because of the hardness of matter that encases the enlightenment point deep within the brain. The inner process is similar to drilling through the earth for oil or natural resources.

To begin with the going is relatively easy and much progress appears to be made. As the process deepens, the yielding fluidity of matter coagulates as magma, a rock solid band that is the elemental substance of the earth. To dismantle the magma a diamond tip drill is utilised, the hardest known material in the world. In the early stages of the spiritual process, the way in is often productive with many insights and periods of inner stillness. However, it’s not long before progress is halted through coming up against some seemingly impenetrable band of resistance. A similar diamond-like tip is needed to dismantle the impediment; the spiritual diamond point is intelligence or, more specifically, the focus of perception that is clarified through harnessing the power within.

The physical body is a universal truth, and what is universal is in harmony with the totality of life; it’s only in the human animal that something has gone awry. The body functions under the aegis of the pure instinctual intelligence that regulates the breathing and keeps the heart beating; this is the innate source of the unconscious. This supernal power arises in matter and finds supreme expression in the harmony of nature. Unique amongst the species is the human superior sense of self-consciousness; this is a blessing and a curse. The blessing is that, of all the species, only the human being can consciously reflect on, and realise, the mystery behind existence. All other life forms are instinctually realised and participate every moment in joyous union with the good. The curse for humankind is the past which has arisen in matter. More specifically, it’s the usurpation of instinctual intelligence by a possessive entity whose name is self. Self is the living testament of the past that refuses to surrender to the present. It is wilfully attached to sensual experience, regardless of the worldly consequences for the individual.

To prepare for any battle, it’s essential to know the enemy. The self is the enemy and has many disguises. The most recognisable trait of the self is the thinker. Thinking and daydreaming are sophisticated outlets for energy leakage that need to be harnessed to contain spiritual energy. Aimless thinking is an indulgence of an undisciplined mind. Most people assume that thinking is a virtue and the zenith of human creativity, but fail to appreciate that worry, fear and anxiety are thinking operating at an intensified vibration. Everyone knows how difficult it is to stop thinking when agitation or intense feelings arise. Unless someone is prepared to stop thinking or daydreaming in the good times, it’ll be impossible to stop thinking when difficulties arise. To master the thinker is the most challenging aspect of the spiritual process. It does, however, yield great wisdom and self-knowledge when the practice becomes second nature and the mind is stilled.

The process of spiritual transformation is a continual shedding of past and ignorance as attachment to existence. Many years ago, during a period of detaching from the old way of life, my partner and I were about to rent a furnished property, which I was delighted to see had a television set. It had been three years or so since we’d last watched the box so the prospect of a cosy night in front of the telly seemed very appealing. I’d assumed I had lived out the past consequences of any unconscious TV karma. But on the night before we moved in, the house was burgled and the only thing that was stolen was the television set! This demonstrated to me the wonderful integrity of life that determines what is needed in the moment – and is often diametrically opposed to what the person thinks they want.

The person or persona is the mask of the self in the world. The personality develops as a defence mechanism to offset the assault of a loveless world. People live mainly through their personality and cruise on the surface of themselves. The spiritual process involves the gradual dismantling of the personality; this is necessary since the personality is an extension of the pain of living and the suppression of emotional force, which takes great energy to uphold. When the false is seen, it’s discarded as an impostor in the same way that a shadow can be mistaken for something sinister until the light’s switched on. The personality’s demise as the mantle over the authentic man or woman heralds the emergence of a superior facet of the being. This is the character, the stamp of true individuality and the being behind the form.

The catalyst for self-change is pain; but since everyone without exception suffers, there must be a hidden factor that determines the potential for a significant change to the life. For someone approaching a radical shift of consciousness, the nature of the suffering becomes a trigger for self-transformation. Instead of holding resentment towards another as before, or blaming external influences, the disturbance is contained within. Being responsible for the circumstances surrounding the life engenders more power, with the clarity to assess the appropriate action in dealing with problem areas in the external world. As I the individual begin to tidy up the life, such as getting things straight with the family and other relationships, a new sense of freedom is known. This invokes gratitude to the unknowable source that has no name or attributes, but is intimately known to be a quality of love that passes all understanding. The process intensifies when devotion to this emerging wonder becomes the main focus of the life and the individual is willingly compelled to go deeper into the mystery.