Love Beyond the Form 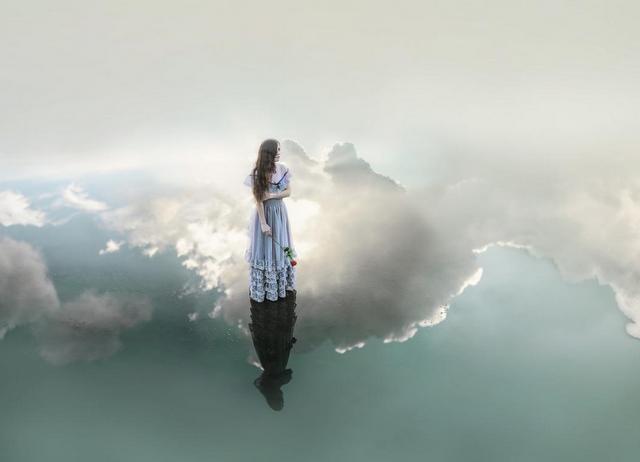 When all that’s perceived in another is the physical appearance, knowledge of the being behind the form will be imperceptible. Love is vaster than the reflection of a man or woman; inherent in both is the potential to realise this vastness in the mirror of love in the other.

It’s undeniable that physical beauty is a valuable asset in getting noticed in the world. But it can also be a burden. One of the tragedies of this existence, or so it appears, is that the body ages. For a woman who has been accustomed to being admired for her beauty, this is indeed a terrible death. Woman delights in being acknowledged in love, which is her essential nature. To compensate for the absence of love, she can become more identified with her appearance. She presents her beautiful form to be admired while she can, or if she feels she doesn’t measure up, she cuts off from man altogether and lives a half life devoid of love.

The truth is that woman’s eternal essence is the female principle which never ages, and is as vibrant and shimmering in light and love as it was when she was a child. It’s the weight and burden of the past which overshadows the spiritual light of the being she truly is. A man of love is able to perceive the beauty within the woman, irrespective of her appearance or whether she’s young, middle-aged or advanced in years. In my own experience, I’ve seen so many elderly ladies light up when put in touch with the romance of life through being acknowledged in her place of love.

It’s the attachment to the glamour of the world that compels both man and woman to compare themselves to others. A woman who competes for man’s attention often feels inwardly disturbed and confused as a reaction to being in conflict with her true nature of love. A man will struggle to connect with his inner being while still exclusively attached to the physical form of woman. What usually happens is a subtle judgement whereby he tries to match her external form with a fantasy woman which he imagines to be his deepest desire for sexual fulfilment. The passion of man is his power to love woman to the death of all personal considerations which would distract him from this mighty task.

For woman, the appearance of a man is often less important since she’s usually inclined to make her choice of a potential partner based on more intuitive factors. But this is not infallible since any negative experience of past relationships can distort her perception. While a woman is still susceptible to flattery and seduction from predatory males, she will still doubt herself and be inclined to make the wrong choice. Alternatively, she may reject the attention of a man who could truly love her because of her fear to love. Self-doubt arises from man’s failure to reach woman at her deepest centre in lovemaking. This is consolidated through the psychic exchange of the male-induced energies of the world which are absorbed through emotional centres of the female body.

Love is a source of divine mystery. Each physical lover represents an aspect of the formless, unknowable divinity behind the body. As the self-driven urge for sexual gratification is transformed through the challenges and hardships of human relationships, the idea of love becomes ever more luminous as the light of the inner being. Love arises from the earth’s spirit, whose eternal task is to unify the isolation of the creative wanderer in existence. From blind ignorance of love’s purpose to the exalted state of Supreme Being, do we all advance inexorably in time to love beyond the form.