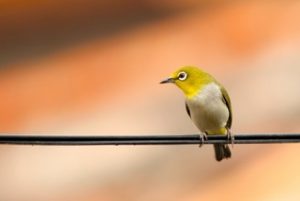 People suffer with emotional pain, often throughout their entire lives. And it’s not just the more overt symptoms such as anger and resentment, but a background vibration which desensitises the connection with the natural wellbeing within the body. What soon consolidates as the child gathers experience and enters maturity is an emotional body of pain; this is the person, which is outwardly projected as the face of the self in the world.

It’s the person who feels slighted and takes offence when someone else is indifferent or appears to be critical of something which doesn’t match their own self-image. Even the motorist is likely to feel annoyed if, after giving way, the action is not acknowledged by the other driver. Why is this? It’s because the inner being, although unchangeable, is the open portal between the three realms of existence. Without the presence of enough love in the physical world, emotion is the dominant force and creates a ripple effect within the psyche. At a deeply subconscious level, the person interprets this as a threat to its fundamental right to exist. But this perception is erroneous. The being is forever; it’s the person who is mortal with a limited lifespan on earth.

The nature of the person is banal, which is why everyone’s personality is so predictably mediocre and lacking in originality, despite the surface sheen. However, concealed behind every person is the character; this is the mark of the authentic being and instantly recognisable in another when invoked through the drama of life. One of the anomalies of character is that it can never be known by an individual man or woman. Whatever anyone perceives in themselves is false and a projection of self as the person. The virtue of character is that it can only be recognised in another, and in this is pure and free from self.

Whereas the personality seeks reassurance and security from the herd instinct, the character of an individual is inclined to stand alone. Character is invoked in the absence of fear and personal consideration, particularly of what others might say. The body may shake and show symptoms of distress, but character holds to the integrity of any situation unto death. In the process of detachment from emotional pain, it’s the nature of character which is increasingly summoned as a power of negation to neutralise the ignorance of the past. For a long time, there’s a crossover that happens – one moment an individual is identified with the emotional pain, and the next detached and surrendered as an impartial observer in the mirror of inner space. Increasingly, there are longer periods that are free of emotional negativity as the burden of the self is surrendered.

If anyone is moved to alleviate the suffering of the human condition, it’s to continually acknowledge the good in life and those they profess to love. This is then returned to inform the deepest recesses of the subconscious that all is well in the world. As an essential cell in the body of humanity, I within every man and woman have a divine right to exist because I do exist. Life is a totality of being, and the idea is to be joyously engaged in this wondrous creation. But it’s nothing personal.