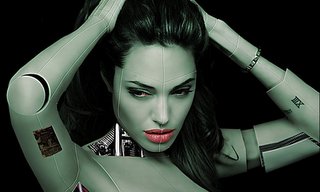 British scientists have already been given the go-ahead to genetically modify human embryos. There are grave concerns, however, that this latest development opens the door to ‘designer’ or GM babies. Gene editing, which enables DNA to be modified, is just another step towards the ultimate goal of genetic engineering: to create an artificially intelligent human being. So far the results have been disappointing but nothing can stop what’s coming in the pursuit of the ultimate scientific dream.

The difficulty for scientists has been in replicating the creative function of the brain that will enable the robot to respond with the precision of human intelligence in any given situation. However, a scientific breakthrough is pending in which a remarkable biologically engineered gene will replicate the self-reflective intelligence of human beings. These human robots will be artificially self-conscious, animated through biological implants which seamlessly replicate, in appearance and action, the functions of man and woman. As amazing as they appear, the human robots will have a major flaw: they will be devoid of love and unable to be conscious of the Source of life on earth.

Artificial intelligence and the exploration of genetics will eventually merge as a unified branch of eugenic science. The new technology will revolutionise the world in ways beyond our comprehension. The subconscious impulse that motivates the scientific mind to produce such technological marvels has its roots in the primal mind-stuff of the immemorial past. Slavery, although no longer politically correct, is deeply embedded in the human psyche as a complex of intense desire patterns for control and power over others. The emotional craving to enslave has never gone away, but is an unconscious force that controls the progressive movement towards establishing human robots to fill the niche. The primary role of these robots will be to function as sexual slaves for the pleasure of man to do anything he wants without needing to be responsible for his actions.

Love between the genders will all but disappear. For what could compete with the absence of any sexual restraint that inhibits man’s animalistic drive to dominate another? The delirium engendered will introduce into the world psyche a disturbing new energy which will have far-reaching consequences for future generations. Woman, the female principle, will have no choice but to follow the example of man. She will inwardly despise his betrayal of her through his adherence to virtual sex without love. The pain of childbirth, which woman willingly and valiantly undertakes on behalf of life on earth, will no longer be necessary. The transference of the conception of life from earth womb to the sterility of the laboratory symbolises the departure from our original nature of love.

The greatest pleasure is love made naturally in the flesh between the genders. This was the original state of being that was divinely ordained so that human beings could enjoy paradise on earth. How could a substitute sexual experience with a human robot created within a test tube ever compete with the real thing? And the answer is: only in the worship of the human mind and belief in the scientific fraternity to provide some sort of solution to the enormous sexual frustration of the human race. Since going it alone in the earliest of times in defiance of the one good or God, the seeds of human nature were sown as a projective drive into the materialism and intellectual abstraction of matter. The results are self-evident in our failure to devise a world civilisation able to alleviate poverty and greed, and to provide justice for all.

One of the most obvious indications of global cultural change will be the ever-widening gap between the rich and poor. The national security services will deploy A.I. combat soldiers to police the growing civil unrest, which will result in residential areas for the wealthy and privileged classes becoming inaccessible to the masses. No good whatsoever will come from the replica human robots, except as an evolutionary phase of human culture that is consonant with the deepening descent into human ignorance and the exploration of the objective universe.

Fortunately it’s all a dream in the unfolding drama of life. The reality and pristine state of love remains untarnished and is beyond the degradation of whatever happens on the surface of the world. Love is forever because it has purpose. Purpose has no beginning and therefore no end, and just unfolds from one phase of life to the next. For an individual inspired to love for the sake of love, whatever happens in the world is irrelevant to the bigger picture. Love indeed will struggle in future to enter existence with the distractions of the times. But love will always find a way to unite an individual who is willing with the beloved.