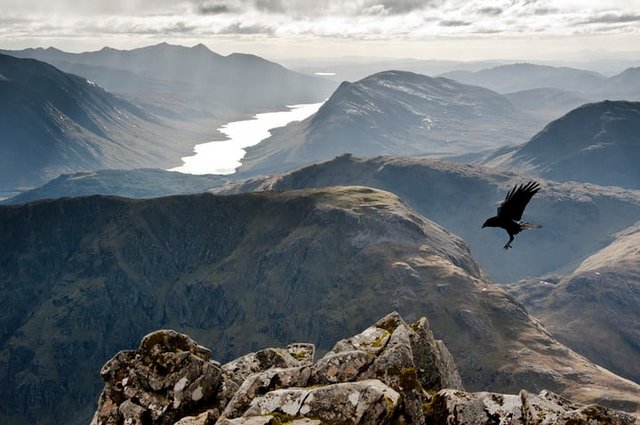 What is it to be spiritual? Is it to wear a robe and shave the head, or perhaps to go to church and be reverent in the eyes of the world? Many people associate being spiritual with a traditional religion, or a psychic teaching that involves visualisation and positive affirmations to attract good fortune and prosperity. Then there are those who are devotional in their endeavour to ease the burden of others, such as charity workers, healers and those in the caring professions. Could it be, however, that the most spiritual man or woman is the most ordinary, distinguished only by their extraordinary self-knowledge of life and reality?

The beauty of the sensory earth is the impersonal reflection of the spiritual vision of life. Spirituality begins with the senses, created for us by divine intelligence so that we may appreciate the magnificence of this sensual world. The elemental aspects of the earth are as much a part of us as the hereditary traits of the species. It’s through the love of nature that the mythic realm can be intuited as the spiritual calling of God.

A man or woman sensitive to the essence of the spirit has learned not to interfere with anything that doesn’t concern them. Such an individual is attentive but not looking to make an impression on the environment beyond the needs of the situation. To be present and alert in the senses is a conscious state which enables things to be seen as they are and not interpreted through the wall of emotionality. For someone inwardly focused but also externally aware, there’s a pause between each action to acknowledge life in all of its manifestations. This inner poise emanates as an absence of force which is pleasing for people to be around.

A spiritual man endeavours to purify his sexual self. He avoids pornography and joking with mates about his sexual exploits, or sly innuendos in the company of women. This is not done through suppression or with a sense of missing out, but by knowing what he’s doing. Such a man is resolved to transform his negative emotions by being more gracious and loving, so as to transcend the unconscious demands of his self. When this becomes a continual focus for a man, the life starts to be lived with a profound sense of purpose. His actions and communication to others are supported by a bracing new energy, reflecting an authority not reliant on the personality as before.

In woman, the spirituality of the female principle is an emanation of the ineffable mystery of love. This, however, may be so subtle that it escapes recognition by the world at large. But she will reflect a quality to someone sensitive to the beauty of love that is recognised as something divine. She’s soft in her absence of force, yet able to be firm when necessary in response to the demands of the world. A spiritual woman adores the nobility of man, her opposite principle, but she puts love first as honesty to her own spiritual nature. Such a woman knows that some men will try to undermine her integrity, particularly in the workplace. Man knows that if he can make a woman emotional, he’ll be able to manipulate her for his own selfish desires. When a woman doubts herself she becomes vulnerable to being exploited in this way.

To be spiritual is to have nothing to defend as an attitude or position when someone’s critical of what you say or do. It’s to resist the need to having the last word, either in an altercation or to justify a past action. The idea is to surrender in the moment anything which would reinforce the self’s emotional clinging to the world. Humility is to be open to the truth of life wherever it appears. Someone who’s opinionated and has an answer for everything (except what’s important) is a long way from home. Spiritual pride is an iniquitous thread of ignorance which often impedes the direct experience of reality. This is why it’s often impossible to communicate the truth to someone indoctrinated by a religion, or attached to a particular teaching or philosophy.

Bruce Lee, the renowned exponent of the martial arts, when asked to describe his particular style of Kung Fu said that it was ‘the art of fighting without fighting.’ To me, living the divine life is the art of being spiritual without being spiritual. This is because I cannot know when I’m being spiritual – only when I’m not, such as when I catch the mind wandering or when emotionally provoked. People are in the enlightened state for longer periods than they realise; it’s just the identification with the emotional turbulence of everyday living that suggests they’re further out than in.

It’s not necessary to be spiritual in the eyes of the world to find God or to realise any higher state of consciousness. All that’s required is the good common sense to know what causes emotional pain and to desist from making the same mistake again. In my work I’ve had the great privilege of speaking about love and truth to many thousands of people from all walks of life. I’ve often been deeply touched by the humility and innocence of those who speak so openly about their lives. This demonstrates to me that the people are God; and it’s these ordinary people I love and endeavour to serve. Only by being ordinary can that which is extraordinary be realised amidst the drama of life.