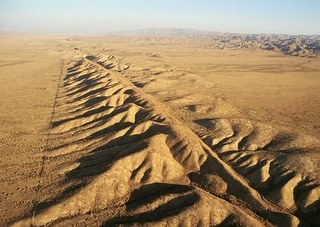 Humanity is on the brink of an inglorious era of polarised forces. Terrorism is a reaction of conflict in the human psyche that is currently manifesting through the religious fanaticism of the East against the acquisitive materialism of the West. The release of force is not unlike the shock waves produced by the shift of tectonic plates beneath the surface of the earth. Political leaders are bewildered, and have no real solutions other than to look solemn and utter assurances that the perpetrators will be caught. With the media primed for breaking news of the latest atrocities, the stage is set for some kind of reckoning that has been brewing since the beginning of time.

Terrorism is not a modern phenomenon, but has been used by sectarian groups and militia since the earliest civilisations as covert warfare against the ruling authorities of the day. However, the modern wave of terrorism is unique in human history. Terrorist activity in the past has always been to expose the injustice and suppression of a minority segment of humanity. Today, the fundamental drive to cause devastation and carnage is gradually consolidating as a worldwide movement which mirrors the evolutionary changes of the times. The impulse for the radical measures that galvanise the terrorist’s mind arises from the release of an idea from the unconscious, as yet unable to be defined. From a worldly perspective, the effects appear to be negative and utterly devoid of any positive value for the betterment of the human race.

The new breed of terrorist fighter will not be affiliated to a particular religious faith or be politically motivated. They will be part of a global cell, united under a common hatred of western capitalism and democratic values. Violence itself will become the prime communicator, with shock and outrage the means through which society at large will be targeted. Some of these traits are already evident in the brutal attacks and ruthless random assassinations in public places. The battlefield will be anywhere since the terrorists, having no specific national identity, will be invisible and able to blend with the crowd. The new wave terrorists will be informed through the events as they happen in order to bypass the scrutiny of the security services. A particular attack will indicate the next sequence of attacks, with markers and discreet signals known to other cells. People will avoid gathering in crowds, and the effect on everyday life will be catastrophic for trade and society at large.

There will be no shortage of terrorist volunteers, since the continual exposure of carnage and graphic portrayal of violence on the media and computer games is surreptitiously preparing the new recruits for combat in the real world. Especially vulnerable to radicalisation to the new global movement will be the disillusioned and those bordering on mental instability due to the absorption of electromagnetic pollution – the latest worldwide disorder. The unseen effect of the modern technological age is the reduction of certain humanising functions, such as empathy and love for one’s fellow man. Reinforced with the psychic intensity of the rising wave of the idea within the unconscious, the terrorists will function totally devoid of pity and compassion, enabling them to kill indiscriminately and without mercy.

Western civilisation has little more to offer except as a continuation of the progressive drive that has made the world what it is today. Any cultural worth that every civilisation has endeavoured to express through its art and creativity has long been devalued by materialistic greed and acquisition. This phase of human evolution is virtually over, and many perceptive people already know or have a sense of this. But it’s not necessarily the terrorists who will trigger the final release of force; they are merely players in the bigger picture and unconscious of the idea that supports their external actions. As a race, we’ve been wilfully resistant to any real solutions that would diminish the gap between the rich and the poor, and alleviate the suffering and poverty endemic in the world.

Humanity as a whole is poised to undergo a radical transformation of consciousness. Paradoxically, it’s the polarisation of forces that provide a way back to the original state of being in a swifter time frame than was ever possible before. This is the edifying effect of these destabilising times that is assisting those receptive to the spiritual evolution of humanity. The downside is that, to externalise into sensory existence, the idea being released from the unconscious must pass through layers of human past which have solidified over incalculable time. As the stream of the unconscious enters the human psyche, the blockages begin to release energetically the emotional residue previously impervious to sensory awareness. These intense forces of human experience, such as hatred, cruelty and vengeance, gravitate to the minds and personal space of anyone vibrating at a consonant frequency that allows these psychic entities to enter and take possession.

The saving grace is that the pure idea itself is an enlightening power able to reach anyone receptive to its purifying energy. The struggle and dilemma of the times is symbolic of heaven and hell, or the two divisions within the human psyche. This is why we’re rarely able to see things as they truly are without being either for or against something. The human race is trapped in a psychic cocoon of opposing forces, sometimes in heaven or otherwise in hell. The motivation and impulse of terrorism is part of a global reaction to the injustice and suppression of the majority of the earth’s population. It’s the final solution to alleviate the appalling mess of a world civilisation which has veered so far off course from the excellence of Mankind and the virtue of being an ordinary man or woman.

Has any lasting good ever come from bloodshed and violence? Terrorism, whatever the cause, is an abdication of responsibility for life on earth – and achieves nothing except to demonstrate that by profaning the earth, and each other, we’re unfit to carry on as we are.