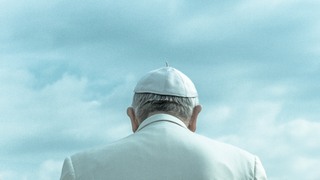 The religious idea crystallised early in humanity’s evolutionary past due to the increasing separation between original unity and the divisive outer world. Energetically retained within the human psyche are the principles of the great religions, as well as the spiritual insights of mystics, saints and devotional men and women who have lived throughout the ages. Since it‘s been created within the archetypal structure of the psyche, everyone born is influenced in varying degrees by the religious idea, Even an atheist, in renouncing any belief in God or religious dogma, is unable to detach from its overall effect.

The presence of the religious idea provides the inspiration to counteract the enormous attachment to the material world. It imbues the vast body of humanity with some semblance of higher purpose and hope for a better future amidst the mayhem and confusion of the world. In this, the religious idea can be seen to have a positive effect; but its presence in the psyche has a disturbing and far-reaching negative influence for the people of the earth. Surrounding the centre of the religious idea are the less enlightened psychic forces that make up a depository of humanity’s distorted and self-induced perceptions of reality. These lesser expressions of divine revelation externalise as persecution of other faiths, inquisition, holy wars, ethnic cleansing, terrorism and, most destructive of all, the pious prayers of the masses that have unknowingly brought humanity to the brink of annihilation.

For a long while in the spiritual process, the religious idea is the only means available for the brain to comprehend any inner experience that would otherwise be impossible to process. Later, as the perception of intelligence speeds up and is able to appreciate the abstract reality of space, any formal attachment to a particular faith is discarded for direct experience of God. The brain converts the pure energy of the psyche into recognisable sequences of information, providing an approximate interpretation for someone’s culture and conditioning. For example, a Hindu who realises a particular level of spiritual truth interprets the experience through a psychic presence of Krishna, whereas a Christian translates the same degree of reality through an image of Jesus Christ. In both instances the memory impressions and experiences of the past provide the means for the brain to make sense of the timeless quality of the spirit. Today, after thousands of years of religiosity and the search for original freedom, we’re stuck with the consequences of our ancestral impulses.

When anyone mentions God, the normal reaction of the mind is to interpret the word through the religious idea. As a race, human beings have become subservient to the influence of orthodox religions and erudite priests who recite the scriptures beautifully but don’t live their master’s teaching – and so perpetuate the vicious circle of compromise. This is how the religious idea became a monstrosity and deflected the earnest endeavours of countless devotional men and women in their search for God and reality. The idea beyond all religions is the idea of life on earth. It’s this original power that sustains the lesser ideas created in the human psyche. The religious idea is a gradient of diminishing ignorance that must eventually be transcended through the spiritual process.

Within the deepest recesses of the brain is the diamond point of consciousness. This radiance of original light is diffused as it passes through matter; which explains why no two people are the same. The power or luminosity of the diamond point is determined by the light of self-knowledge of an individual.  Although the living process is mostly superficial, the combined life experiences contribute to the increasing brilliance of the consciousness centre. Over many life recurrences, the diamond point that is the individual’s true spiritual identity begins to shine through the flesh, inducing ever deeper intimations of reality as direct knowledge. As an individual approaches this evolutionary climacteric, the past catches up with the present and negates the need for any memory image or religious indoctrination. What remains is the clarified perception of all that is loved as the earth and the beauty of the created universe – and the religious idea is then transcended.