All the King’s Horses 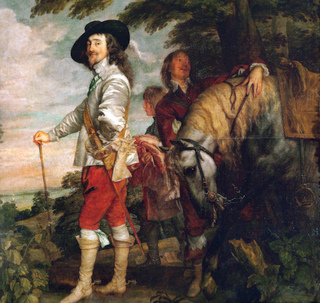 The compelling fascination with royalty continues today, with even the most trivial news of royal affairs guaranteed a place in the headlines. The British nation is currently primed for celebrations of the imminent marriage of Prince Harry to Meghan Markle. Just as before with the marriage of Charles and Diana, and more recently William and Kate, the media is busy stoking the public’s anticipation and excitement as the wedding day approaches. But after the grand spectacle, what then? The happy couple jet off into the sunset while the not-so-happy masses must be content to dream on or face the mundanity of their own lives.

The lion’s share of the world’s wealth was snatched up early in recorded history by the privileged rulers who were able to control the masses through the psychological manipulation of power. The kings and queens of antiquity consolidated their positions by forging powerful alliances with other influential families. In time these became nations and formed the hierarchical structure of the modern world. They created the illusion of unassailable power by elaborate rituals, ceremonies and building magnificent monuments to symbolise their worldly authority. Money and titles were the pay-off for those in service to the privileged classes and the means to keep them in their place. And it’s been business as usual for millennia.

Royal lines, particularly those with the longest lineage such as the house of Windsor, are the most prestigious in the world. They represent the state and are revered as bastions of the nation that provide a sense of permanence to the ever-changing conditions of government and mores of society. Or at least they used to. There is no doubt that Queen Elizabeth is held in deep affection by many through her lifelong devotion to serving the nation. But, increasingly, people are beginning to question the validity of those in royal positions, not only in Britain but in the remaining royal houses around the world.

As long as each new generation is able to retain the mystique of the past and toe the line of respectability, even if in appearance only, the lineage will continue to flourish. The royal line of the remaining kings and queens continues in this fashion, as do all the ruling dynasties left in the world. However, they are not invulnerable to the forces of the world psyche which constantly probe for any weakness in the foundations. When a fault line develops, the lineage is undermined and collapses, such as happened to the Tsars of Russia or, in modern times, the assassination of the Kennedys. These events that shake the world represent a shift in human consciousness whenever they occur.

The fall of the House of Windsor will be a catalyst for social revolution and radical political changes, affecting not only the UK but the global economy of business and commerce. All the king’s horses and all the king’s men could never put Humpty together again. They were looking to do the impossible. Nothing sticks together for long in the world and cracks always appear to weaken the foundations. The fragments of self are restored inwardly through the realisation of the undivided truth of existence.

The original Kings and Queens were divine beings who were distinguished by virtue of their uninterrupted state of God-consciousness. Moral decline and the corruption by priestly rule through psychic manipulation and human sacrifice eventually made the divine connection tenuous until it finally disappeared altogether. Today the royal families have no real power and are forced to compromise the essence of royal integrity. Integrity is the royal atom, which is the infinitesimal point of the divine being within every body. This jewel in the crown is the diamond point of consciousness that artisans endeavour to replicate in the tiaras and worldly crowns worn on the heads of anointed monarchs.

Everyone’s destiny is to ascend to their individual throne of consciousness as the ruler of their inner kingdom. Inherent in the royal line is nobility and service to the greater good of the realm, which is why many royals are encouraged to join the armed forces. This is paralleled in the spiritual life, and why anyone who realises God or a higher state of consciousness is inevitably involved in serving humanity to alleviate in some way the human condition of unhappiness.