All the Way for Love 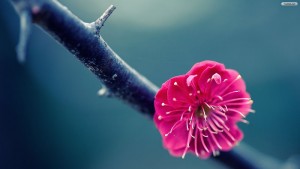 Only when an individual has been touched by the divine is it possible to go all the way for love. The truth is that everyone has been touched by this timeless profundity of being. The physical body is itself a medium for love, without which it would be impossible to go on. Young children are able to respond to life with the spontaneity and innocence of love. However, with the gathering of time and experience, love becomes a pale replica of its original radiance and beauty due to the distractions of the world.

To go all the way for love there needs to be a shift or change to what normally happens in a relationship. Perhaps the biggest error is the assumption that love is something for the satisfaction of the person in exclusion of the totality of life. Because love is inevitably personalised, it becomes debased and entangled in the emotional demands of both partners. This breeds inner discontent, which imperceptibly builds up until the pressure reaches a critical point when it erupts as a release of anger or accusation.

For a man who is inspired to put self second, and perhaps discover a higher love, he must first examine to what degree sex runs and dominates his life. This is quite a facing and heralds a major turning point, if he can do it without flinching. As a general rule man plunders woman in a similar manner to how he deflowered the earth and polluted the oceans. He burrows into her psyche and, when he knows her, becomes restless and hankers after some new sexual experience. Love can only be retained and replenished in a partnership when woman remains a mystery to her man. She, the spiritual principle behind the form, is unknowable; although she denies nothing to he who is worthy of her immeasurable love and beauty.

Woman, except in rare instances, hasn’t realised she’s been conned by man into relinquishing her command of love. By extending so far out to join him in his world, she’s lost touch with her essential nature and godhead. Woman is the hope of life on earth, for only she can keep man facing towards the light of love and not the substitute shades of the world. But she can only do this to her full potential when no longer a slave to the sexual demands of man. For a woman to go all the way for love, she must refuse to compromise with any feelings of insecurity that may arise from having to be straight and true in her dealings with man. A woman often continues in a relationship which is making her emotional and unhappy for fear of condemnation by friends and family, should she decide to move on. The prospect of losing financial support is another barrier that can keep her attached to the past while love withers and fades from the life.

For a woman to be true to love she must know that to perpetuate a dishonest partnership with man is not truly serving him or the purpose of love. The female principle has a natural discernment to ascertain whether love is being served at any time. It’s woman’s self-doubt and fear of reprisals by her man that inhibit her from pointing out what’s making her emotional and confused. This is why it’s imperative to get things straight at the beginning of a relationship as an agreement to expose any demand or emotional negativity that would sully their love. This is especially important during the act of lovemaking if the man is getting excited and not being present or the woman has some emotion arising. Both must be reassured by each other’s mutual sense of higher purpose and have no secrets between them.

In a situation which involves children from another relationship, it’s essential for everybody to be completely together in the way that the family functions within the home. With the added pressure of family life, and all that this involves, it’s easy for love to slip between partners and become tarnished over time. It’s imperative to put love between each other above all else. When lovers become complacent and distracted by those around them, they can become vulnerable to outer forces endeavouring to create division in the unity of their love. Amazingly, when love is served at the centre of the family as the honesty between the man and woman, everyone receives the benediction of right action and is pleased to play their part in the harmony of the home. Children tend to respond to justice, kindness and integrity with remarkable intelligence and, when creatively free to express themselves, they can reveal a knowledge that comes from a timeless profundity.

Going all the way for love is not a therapy or partial activity but a total immersion in the conscious participation of life. An indication of being willing to embrace the spirit of what this entails is always being available for love. Even the most promiscuous person is not always available for sex. There will be times when they can’t be bothered or not in the mood. Most people are exclusively identified with the fluctuating feelings of their emotional body. So it’s quite a leap to broaden the vision so as to be conscious of love at a level beyond personal considerations. It is possible, however, to always be available for love since this is an original state of being that never fluctuates. Naturally it’s the moment that presents the opportunity to love in the great movement of life, so it’s akin to being open to the infinite possibilities of life.

To truly go all the way for love and reach the pinnacle of spiritual union is to love God above all else. But talk of God is meaningless for most of us and lacking in reality unless it can be brought down to earth. So how can God be known in existence? When a woman recognises the divine light of love in her man, and when he perceives her inner beauty and mystery, both receive the reflection of God in the other. Only when a woman can see the authority and truth emerging in her man will she eventually put aside all her personal considerations and give herself completely to the situation of the love between them. But she cannot do this for an emotional or dishonest man. When a man is truly open to the female consciousness of love, which has the power to transform and inspire him to go all the way, he will gradually surrender his independence and attachment to the world.

God is the unknowable mystery which man and woman personify as the divine lovers in existence. The eternal attraction of sensual life is the magnet of sexual union in the flesh. Whatever else man or woman aspire to in the arts, or in any sphere of human achievement, is inconsequential to the power of love and the merging of the male and female principles. Ultimately, to go all the way for love is to come to life through the recognition that love is all.