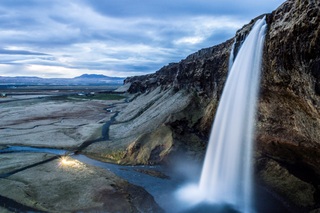 Everybody is born to love. Even the most tyrannical dictator was once a baby who gurgled with innocent delight in the cradle. It’s the way of life that each of us is loaded with a portion of past human ignorance, which will manifest as the challenges and difficulties in the living life. The love inherent within the body is the integrity which will be called upon to counteract and transform these negative effects of the past. However, from the moment of birth a veil of forgetfulness gradually obscures the radiance of love, our essential nature and the unifying principle of life.

With the formation of the memory and gathering of experience, it’s not long before the subtle presence of love within the body becomes less discernible against the coarser vibrations of excitement or depression. These two polarities of positive and negative energies are the basis of every emotional disturbance that afflicts the human race. And we can see how this works in our everyday lives in the way that we are either for or against something; or in our likes and dislikes, which vacillate in accordance with the feelings and emotions. All of this activity creates movement and agitation, which is the antitheses of the stillness and presence of love.

Sex without love is the most destructive force in the world. Sex is really love but can only be so in the absence of selfish intent and emotional excitement. Love is immediately sullied when the mind translates the pure sensation within as erotic fantasying and escapism. Love is sufficient without any emotional embellishments since it’s the most beautiful pleasure that’s possible in existence. What’s happened, and become a universal addiction, is for people to want to hold on to the moment and amplify the feelings to correspond with the sexual imagery in the mind. This reduces the potency of love, because it’s only in the surrender of the last moment that the scintillating beauty produced by the male and female principles unites with the formless divine lover behind the appearance of the body.

The simplicity of two bodies making love in the absence of sexual wanting is such a radical departure from the accepted way of things. Sexual maturity and wisdom in love has been well and truly buried under the global sexual drive that is the dominant influence behind today’s cultural and political trends.
Love is rarely simple any more since people have become hardened due to the absorption of electrical force generated by computers and modern technology. The love that should be given to another is being subverted by the sterility of machines, which will soon take form as artificial intelligence in human robots.

Unfortunately sexual promiscuity prevails and is stoked through the proliferation of pornography now available to anyone with a mobile phone. Little wonder that children growing up now identify with the excitement of sex without love and, as a consequence, will be that much more removed in generations to come from the innocence of love in the flesh. The degradation of real love is what has brought the world and the human race to the brink of destruction. Let’s not be fooled by the world’s media and the politicians who say things will be better in the future, convinced they know what they’re doing. They don’t know. And nobody knows, except for a few enlightened individuals and the insane, who frequently have more love in their bodies than they can contain.

Yet love is always present, at least potentially; and when it breaks through the core resistance of self, the person is immediately united with this original state of being. What’s particularly poignant is that it takes tragedy to bring human beings together, as often happens in the wake of a disaster or incident involving the deaths of innocent people. At such times the barriers, inhibitions and personal prejudices are put aside, with the emphasis on serving the impersonal needs of the situation. Thus does love come forward to reveal the best of humanity so often at the worst of times.

Love is a state of reality which never changes and carries with it a knowledge which reveals whatever is needed in the moment to serve the integrity of the entire creation. Rain comes as a need of the earth to be fructified and refreshed by the douching of love in elemental form. Without water there’s drought, and pestilence follows as the decay and petrifaction of matter. When our love is dammed we dry up inside and look outside for anything that approximates the real thing. People love waterfalls and have miniature versions in their gardens because the continual flow of water is symbolic of the psyche, free-flowing in its natural state of harmony. Love is the fulfilment of need responding to the ever changing tones and contrasts of spirit in matter.

The state of love has the power to change everything for good. But at this phase of human evolution, the distractions of the times are too overwhelming for there to be a mass solution. Only in the individual man or woman can a real difference be made to the appalling lack of love in the world. But it will only work if love is consciously invoked as gratitude to life for the privilege of being born to love.