Celibacy: The Betrayal of Love 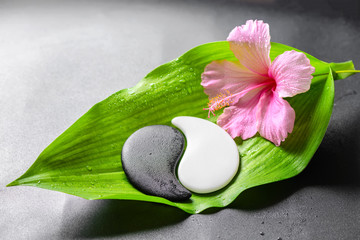 Many men in different spiritual practices choose to become celibate and pursue the realisation of truth or God without the love of woman. Some men have achieved this and rest content in their spiritual oneness with God. But why do they avoid making physical love?

The celibate’s choice to dismiss the physical act of love, as propagated by religious traditions down through the ages, makes him exclusive. Consequently his knowledge of reality will be flawed due to his avoidance of love in existence between the genders. And it’s a demonstration of man’s final thread of independence and the attempt to preserve his manhood under the guise of spirituality and misguided beliefs. In our western culture this is foisted primarily through the inculcation by Christian saints and priests who, unable to reconcile their earthly desires for love with their pious pretensions, turned against woman and made her a scapegoat for their own unbridled lust.

The awful truth he will not face is that woman is God in female form and the reflection of his love in existence. In his refusal to engage in the total sensual experience of life, he avoids his sacred function as the male principle. This is because he subconsciously fears the wrath of her emotionality, the unresolved aspect of his self that waits to be purified by man of love. The imperative to procreate is an instinctual impulse in all the species. However, in human beings it’s not just the reproduction of life forms that’s essential but the reproduction of love through physical union.

Love between the two genders has a profound purpose, the knowledge of which has virtually disappeared from the earth. Right lovemaking – love that is made consciously without excitement, fantasy and the drive for orgasm – softens the resistance in matter. This releases the finer energies that have contracted through the stresses and tensions of living; and creates the sense of space and lightness that‘s often registered after making love. These energies are immensely regenerative, wholesome and conducive to the vitality of the being. At a deeper level, man serves his beloved in the exchange of love by ridding her of the male force of the world. He does this by assimilating in his own psyche the coarser energies and converting them back to love. This is the power of man of love which enables woman to be less burdened and reside in the sweetness of her feminine nature.

When an individual focuses inwardly on the source of the inner mystery, the reciprocal effect is the gradual detachment from existence. The spiritual transformation happens as cells are divested of the turgidity of past ignorance. When sufficient clusters of cells reach a particular luminosity or psychic frequency, the self merges with a new state of being. This is what’s known as self-realisation or God realisation. However, as enlightening as it is to realise God out of existence, all that’s achieved is union with the ever-present state of consciousness of the Divine. The heightened sense of love that mystics and others report at the moment of realisation is self in a state of devotion to the inner spiritual being.

Love is of the earth, which is the aspect of life that celibate teachers are unable to address with any authority or practical guidance. The transformation of cells, when love is made for love, imbues a spiritual profundity and translucent quality that unites both inner and outer realms of existence. This quality of being is absent from he who pursues truth in the avoidance of physical love. The purpose of life on earth is to unite, as God, the love between the male and female principles with the truth of our cosmic origins. This mystical state is the earth’s spiritual being in union with cosmic consciousness. In ancient knowledge this is symbolised by the Ourobous, the dragon swallowing its tail.

The absence of love made in existence between human beings is the primary cause of the degeneration of life on earth. The unperceived aspect of the human condition that has arisen through celibacy over the ages is the rise of minorities, political correctness, sexual deviancy (particularly in Catholicism) and artificial human robots currently being produced as sexual substitutes for love. This has created a division in the psyche, which also contributes to the psychological and emotional disorders affecting so many in the world.

Physical love between the male and female principles is the way for us earthlings to make a positive change to the appalling condition of a loveless world. Anything else is just an avoidance of the purpose of life. The impulse for man to realise God independently of the love of woman is really the abandonment of love on earth. It’s here in everyday life that love is needed – not out of existence where love is complete unto itself.