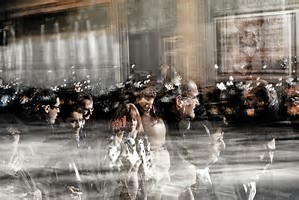 At every level of the creative process, one thing follows another in a logical sequence to serve the needs of the whole – except, that is, in the human mind. In fact, the world is complication in motion as the mind’s interpretation of existence. Nature responds with consummate precision in harmony with the totality of life. Human nature, which is in revolt to the one good or God, is the struggle to retain some semblance of equilibrium in a world of shifting values.

Movement as aimless thinking is as an effect of intelligence operating below its full potential, which depletes the natural wellbeing within the body. The truth is straight and never wavers. Complication bends matter and creates ripples within the psyche that stir the sediment of emotional negativity, distorting the perception of truth. The space within the subconscious becomes cluttered, and the flesh hardened as residual past held rigid by the force of the rational mind.

What is complex is not complicated; in fact they are worlds apart. Reality is a cosmic system of infinite complexity, which is simplicity operating as the multiplicity of intelligence. Complication arises from trying to understand the abstract invisible realm with the same intelligence that’s polluted the world and exploited the earth’s resources under the guise of exploration and progress. It’s the same when the mind tries to understand love, which is beyond its depth of comprehension. The truth is discovered now as the direct knowledge of reality when the mind is still.

Complication arises from wanting anything that’s not provided now, and the sense of missing out on what’s felt to be denied. Sex without love creates endless complication as a vortex of crossed desires. Love can only remain simple through honesty which refuses to yield to the demands of the twisted diabolical self. The whole wide earth is compromised through the complication of people who, as individual cells in the vast body of humanity, are each engaged in trying to find a way back to love at rainbow’s end.

Simplicity is the hallmark of reality, which is recognised as the absence of force in matter. Complication is restriction, whether the feeling of being fenced in by external forces or, inwardly, as not being truly fulfilled in the life. And the solution begins by identifying whatever’s causing conflict or emotional disturbance – and then by taking the necessary action to harmonise the situation. The idea is to be simple by seeing things as they are and not through an emotional screen of self which distorts the clarity of perception.

So nothing is as it appears. However, from the eternal perspective everything to exist has purpose, even the complication of living in such a contradictory and divisive world. For without this enormous collision of forces there’d be no way of transcending complication as self-knowledge – and the whole spiritual system of reality would collapse.