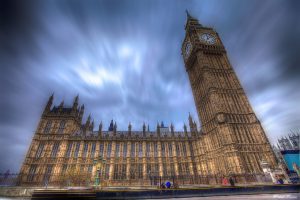 Democracy is the failure of western civilisation to devise an effective system of government that eliminates poverty, greed and corruption. The difficulty is that nobody’s come up with anything better as a workable alternative. Posing as a stellar achievement in human evolution, democracy upholds the right of the individual to be given a voice through an elected representative to speak on their behalf. But in all recorded history there‘s never been such a calamitous error. In surrendering an individual’s integrity to an external agency, the power to be solely responsible for life on earth has been abdicated.

On the face of it, democracy appears to be a great idea with one vote for each person in the land. In practice it’s not so straightforward due to the peculiar effects of this existence, where everything bends in proportion to mass and distance from its source. A democratic system, or any type or organisation, could work reasonably well in restricted units where a group could function as a unified whole without any personal bias. But, magnified by an entire nation, the results are inevitably polarising, with a division line that splits the electorate with half the population either for or against whoever happens to be in office.

The results of democracy are clearly visible as the huge discrepancy between the wealthy and poverty liners. It’s unworkable for a politician to represent both the interests of the rich as well as the poor. And yet this is glossed over in party manifestos that promise everyone will benefit; but so far the outcome has been abysmal. The values of the West are acquisition and intellectual materialism that keep the momentum going in order to obscure the awful truth  – that nobody can be held to account for the appalling condition of the world.

The revered thinkers of ancient Greece perceived the deterioration of humanity’s virtue in their own culture and looked to the system of nature for inspiration and truth. The human body and miraculous harmony of all its constituent parts was the inspiration behind democracy. It was intuited that each cell in the body functioned to serve the whole and the attempt was to replicate this as a political system that functioned with a collective will and sense of purpose. But the idea was doomed from the start – the flaw in the system was the absence of love. Without the sustaining presence of love, matter becomes hardened and bends as distance and time is elapsed.

So the body politic began to swell and take root within the human psyche as a structure of mind and intellectual aridity. Nothing could stop what had already been set in motion as the progressive drive into matter and the emotional wave that would be triggered by Christianity and religious persecution. This would last for the next two thousand years and with Magna Carta, and other historical milestones such as the vote for women, democracy would go on to infiltrate the western world. As a reaction to imperialism, other cultures revolted and developed an ideology based on collective rule and called it communism, while some bypassed political convention altogether and controlled the masses through fear and intimidation in brutal fascist regimes.

Whenever there is news of a third world country that has formerly been a dictatorship but has switched to democratic rule, it means that executions, torture, rape and corruption can be carried out with the approval of elected members of government. Elections are held with aides wielding AK47 machine guns to show the electorate where to mark their cross on the ballot papers. To enjoy the perks from the western culture, the leaders of the satellite states on the periphery of the global economy must be seen to be playing the game and not appear to be holding their own countries to ransom for personal gain.

The West has no spiritual integrity since this would undermine democracy itself. Democracy is the ultimate compromise and the passing of the buck that never stops. Should anyone in public office ever begin to be effective in communicating the truth of life on earth, they would be swiftly removed  – and the show would go on. However, the underlying impulse in an individual is to preserve the essential dignity that is integral to the character of the being. There are some politicians and reformers who have dared to stand alone and so demonstrate with their lives this power of unique individuality. These courageous people are exceptions to the rule and transcend the worldly restrictions of political ideology.

Character is the unique spiritual identity behind every body, but has little opportunity to be creatively vibrant in a society that refuses to acknowledge the virtue of true individuality. Life can only be lived to its full potential by breaking down the barriers of compromise and refusing to believe the rhetoric and propaganda of the politicians. Everyone must participate in the world as it’s impossible to opt out. But it is possible to exist as a being amidst the chaos of the modern age; and even to cast a vote at election time without believing it will bring about any fundamental change to the shifting values of the world.

Incredibly though, a difference can be made to serve the greater good in anyone willing to reclaim that which has been abdicated so long ago. This is the power that resides within the depths of the being; but it can only be realised to the degree that I, the individual man or woman, am responsible for my inner kingdom and vigilant in keeping out any negative condition that would corrupt my own state of peace and harmony.