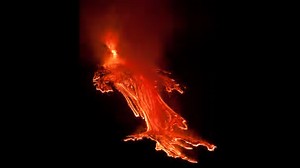 Emotion is anything that creates a feeling within the body. But there’s a difference between a natural feeling, such as the direct transmission of pain when you hit your thumb with a hammer, and a feeling of anger that may arise afterwards as a reaction to the situation. Emotion is interpreted by the mind through the feelings of the personal self. There are no positive emotions because they’re not universal. Someone can be jealous of a particular man or woman while the person next to them is unaffected and indifferent. So emotions are subject to the condition of personal interpretations of the life that is totally self-orientated and oblivious to the good of the whole.

Love is not an emotion, contrary to popular belief, because it’s a state of consciousness and not affected by the caprice of the person. Love is the same beautiful experience in every body, but is emotionalised in myriad ways. Love is stillness, and unwavering in its task of restoring matter to its original state of innocence and purity. Emotion functions as a pendulum that swings from the extremes of unbridled excitement to the depths of despair. The person, while still identified with their emotions, fluctuates between the highs or lows of the pendulum effect throughout the entire life – or until through grace they are brought to a source of higher truth.

The personal self is the emotional body of all the hurts and disappointments gathered since birth. What’s surprising is that people base most of their choices, including some of the most important decisions of their life, on the feelings interpreted by their unhappy inner self. Little wonder that things rarely work out as planned. With the massed population making choices and decisions in the same fashion every moment of every day, it’s clear to see how emotion encompasses and rules the world. Except in rare instances, virtually everyone on earth exists and experiences life as an emotional being.

Inner stillness and right self-enquiry do much to eliminate the reactionary element of the self that arises so quickly when provoked by the emotions, either from within or externally from others. The idea is for the pure intelligence inherent in the body to become swifter than the emotion and thereby neutralise any potential negative effects. Being unable to negate itself, emotion must, as the name implies, be in perpetual motion to sustain its existence.

Emotion was essential in the evolutionary ascent of Man in becoming a self-conscious being with the ability to reflect on the past. A space rocket breaks away at a specific velocity from the lower stages of its bulk which, having completed its function, is no longer necessary in the next phase of the journey. In a similar fashion, emotion should have been discarded to enable life and love to evolve in harmony with nature and the earth. Instead, emotion began to impose itself as a secondary veil of existence that became, in time, human nature and later still the world – the consequences of which we all now must live and take our chances.

The crossover from emotional to instinctual beings of a higher consciousness is the next phase of human evolution. Emotion has served its purpose, but is well past its sell-by date as an effective and sustaining way of life for human beings. The difficulty is that people are not only attached to their emotions but defend the right to be emotional at all costs. However I suspect it’s a case of mistaken identity, except for those sensitive and real enough to see for themselves the limitations and terrible price that must be paid for an emotional way of life.