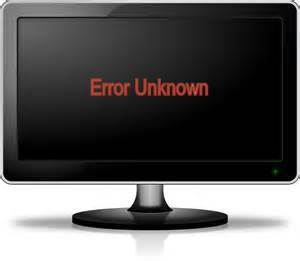 Anyone who uses a computer will be familiar with the message of an error unknown. Since everything in the sensory world must symbolise a greater truth, what is the unknown error of existence? The error is that as a race we’ve lost touch with our original nature and become slaves to progress and the human condition of unhappiness. Despite every conceivable comfort and convenience, man and woman are still emotionally volatile and discontent in the pursuit of an ideal that can never be realised. The futility of this is sometimes sensed in everyday affairs with the stress of trying to meet deadlines or emotional conflicts that seem never-ending and impossible to resolve.

The error unknown is the mind, which humanity assumes to be the ultimate function of intelligence. This erroneous assumption is compounded by science and the world’s most brilliant minds which, despite their most concerted efforts, are unable to establish a universal truth that is demonstrable to all. The major stumbling block is that the mind is an effect of a higher intelligence and, as such, is unable to realise its original source. As an instrument of assessment, the mind is necessary to make sense of the practical world and participate in the experience of human affairs. But when the mind focuses on the formless inner life, it’s powerless to perceive the causal reality as a direct experience and can only, at best, formulate a synthesis of past knowledge to validate its findings in the present.

Behind the mind is the intellect, the reality within every body. Whereas the mind can only function in movement such as thinking and imagination, the intellect is attuned to the stationary world of consciousness and never moves. The mind is restricted to what can be known and understood; but the intellect has no limitations and enables the realisation of that which is unknowable to the mind. People vacillate between these two modes of intelligence most of their lives, but rarely are they able to differentiate between them. When the mind is stilled, the intellect is the predominant mode of intelligence, giving depth and insight beyond the ordinary to original ideas that contain elements of inspiration and genius. This is because the intellect is able to bypass the time lag of the mind and functions in the immediacy of the moment to reflect the direct knowledge of reality.

The solution for the error requires a special kind of download to fix the ‘malware’ that has corrupted the inner workings of the human system. The ‘fix’ involves a radical departure from the known to neutralise the distortion and negative effects of the virus. The malicious software that has been programmed into the brain is humanity’s concept of death. The dilemma is that the whole production has been stage-managed by the mind to perpetuate its own existence. But it’s all been a case of mistaken identity, with death perceived as something sinister when, in truth, it’s just the opposite.

We’re all familiar with death in our own experience and in touch with its benevolent qualities every moment of our existence. As a practical self-cleansing agency, death breaks down the solidity of matter; otherwise the surface of the planet would be littered with rotting flesh. But in addition to its physical function, death is also an intensified psychic presence able to neutralise the negative effects of the past. This transformative energy is experienced, for example, when making a clean break from an oppressive situation and is registered as a restorative upsurge of wellbeing. When the death energy is blocked, however, the shadow effect is felt to be cloying and oppressive.

The word ‘error’, says the dictionary, means ‘a deviation from the truth’ and in Old English ‘to wander’. In Astrology the planets are known as the ‘wanderers’ and combine with the constellation of stars to influence human affairs and the evolution of life on earth. Human beings have wandered so far out into time and existence that, as a race, we’re now immersed in a universal psychosis which is spreading across the globe as a virus of fear and heightened anxiety. The error unknown is that for human beings to function at our full potential necessitates the death of every last moment. Since we cling to the past and relive our experiences in the memory, the past becomes a quagmire of substantive psychic resistance to the inner harmony of life. This results in a living death that is the scourge of humankind.

The earth is indeed the home of humanity – but not in exclusion of the rest of the universe. The solar system and stars are as much a part of our spiritual identity as our earthly genes and heredity traits that can be traced back to the first microbes. The purpose of life on earth is to be cosmically conscious, which means to be able to participate in the universal evolution of all life wherever it may appear. At present it’s only after physical death that humanity contributes to the spiritual profundity of cosmic evolution. Death releases the attachment to the world, and the essence of the life’s experience is disseminated into space, even to the most distant star. But to the degree that the grip which binds us to the rationality of the mind can be transcended, it’s possible to realise aspects of the cosmos while alive. This is the next phase of human evolution.