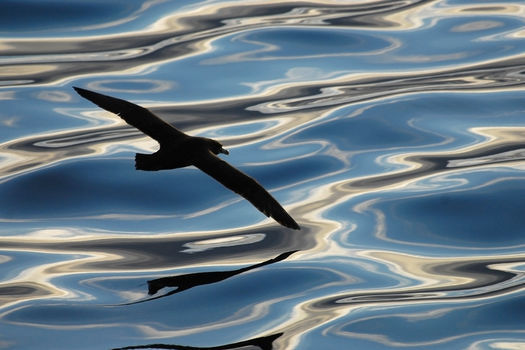 Free will is a subject many people ponder when examining the meaning of life. It’s also at the crux of every debate on the nature of existence and an individual’s role in determining their own destiny. But could it be that something fundamental has been overlooked concerning free will which, when perceived, opens up the possibility of an extraordinary new way of life?

The personal element of free will is undeniable; we have it and are able to use it as we see fit. This is the freedom of choice to take action or make decisions independent of any extraneous agency. The difficulty is that one man’s free will inevitably conflicts with the wants or wishes of another. The result, multiplied by the collective free will of humanity, is a momentous collision of forces appearing as the disputes and mayhem besieging the planet daily. Man’s treasured free will is not so much a gift of providence but a noose that ensnares the majority of the human race. If we truly had free will we’d be able to withdraw at will at any time from the pressure of stress and emotional pain. In the same way, death would cease to be an impediment to the joy of life, and fear of the unknown instantly eradicated. But as it is, humanity is stuck by default with its free will and unable to ascertain its true value in the light of such a contradictory way of life.

To grasp the truth of free will it’s necessary to get the idea of the ubiquitous presence of the Will, the executive agency of God in existence. Nothing can manifest in the world without the consent of the Will. The demonstration of this is what is happening now and at any moment. The closest thing in existence to the Will that can be practically applied in everyday life is the situation. What the situation requires is not always what the person wants, and often conflicts with the expectations and demands of others. To make a problem of any situation sets in motion polarising forces which take longer to resolve or even make things worse. It’s a massive undertaking to align oneself with the Will because this mighty power serves the totality of life – and not what the person thinks is best.

However, the extraordinary quality of the Will is that it imposes no restrictions on a person’s choices or individual free will. This is recounted in myth when man elected to go it alone in building his world in defiance to the one good or God. As sovereign of the earth, man was given dominion to do as he pleased. God did not interfere, but held everything together so that humanity was not permitted to completely destroy itself – but free to cause misery on the earth in the name of progress. By going it alone, humanity became its own judge and executioner. The effects of this have been rolling on for millennia and manifest as the terrible consequences of our own making, which have to be continually rectified.

So the question is: what can be done to neutralise the negative effects of free will that appear as the problems and restrictions in the life? At the beginning of the life everything is predetermined unconditionally, including the parents and the environment into which a baby is born. Free will begins to exert itself in a child through the gradual formation of a personal self.  Until sufficient past has accrued, the negative effects of personal wanting are minimal. The individual’s life is broadly outlined, but with space for the karma to be modified in accordance with the response to the circumstances experienced during the lifetime. To the degree that adversity is overcome by courage and self-sacrifice, the difficulties that were predetermined are neutralised and become a power of negation to harmonise the life, both within and without.

In truth there are only two possible choices in life. We can choose to pursue our own path, utilising the personal will to battle with the will of others; or else surrender to the Will and invoke the omniscient power which governs the cyclic process of life and death. This is an aspect of our spiritual profundity which, although rarely realised, we intuit as an echo of original freedom. But as a consequence of our abdication of responsibility for life on earth, we’re unable to appreciate this extraordinary depth of power while entrenched in our current sluggish time gradient of past.

Nevertheless, within the grand scheme, free will serves to protect an individual until able to face the blinding light of their own inner reality. Without free will it would be impossible to transcend the ignorance of a self-conscious existence and the attachment to the mortal body. Finally, true free will is to be aligned with the Will of God that directs the life as the being behind the form. It all comes down to being disabused through the living process of a free will that is the personification of ignorance – until, mercifully, the penny drops and I, the individual, need never suffer again.