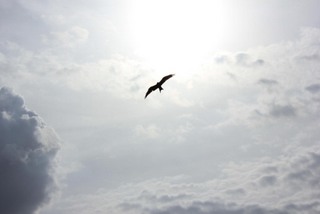 What exactly is meant by freedom? Most people’s approach to this most desirable state is invariably the wrong way round. The assumption is that freedom comes by controlling external circumstances through wealth and the accumulation of material possessions. But despite the cushion of comfort and convenience, the person is never truly free and remains identified with the psychological fear of loss. For freedom to endure there must be a quality that transcends the caprice of outer forces.

There are many different concepts of freedom. For some it manifests as an impulse to revolt against the injustice of a corrupt regime or, in personal relationships, to break with a partner and begin a new phase of life. Such action shatters the structure of the past, but it’s not long before things revert back to how they were and the cycle begins again. Since most people function as emotional beings, they are rarely at peace for long; and consequently uninterrupted freedom remains elusive. To compensate for this unnatural way of life, people take holidays or escape from the rat-race whenever possible into the restorative ambience of nature. Some prefer to take a more immediate route through sex, alcohol or narcotics to experience a temporary freedom from the insanity and stress of living.

Freedom, if the word means anything at all, has to be lived now. Many people who despair at the condition of the world are convinced that freedom is unattainable while alive and can only come with the death of the physical body. This, reinforced through religious dogma and absence of true wisdom, remains the fundamental barrier to spiritual freedom. Freedom is not dependent on belief or any external saviour, past or present. It’s by the way of things that the master comes in person when it’s time as an external reflection of the inner truth. But the master will never put himself above the truth, but will reflect that divine principle through his realised state of consciousness.

The question I would ask any follower of any religion is: what’s left when the ritual and ceremonial aspects of their faith, and any image of their master, are put aside? Similarly, whenever any scientist asks me for guidance and is willing to be more responsible for life on earth, I ask for their formulations of the mind to be discarded so as to discover the truth and freedom within the laboratory of their own inner kingdom. In my function as a spiritual teacher, I endeavour to remove the layers of acquired ignorance from an individual, not unlike a distressed motor car being stripped back to its bare metal before being restored. In this way, original freedom is realised at a more profound depth beneath the acquired notions and emotional attitudes of self.

Everyone’s had a taste of freedom at some time or other; but real freedom is to live in harmony as an uninterrupted state of being. It’s the sense of freedom inherent in us all that motivates people to do extraordinary things in the field of exploration, or perhaps to achieve success in their career and personal aspirations. As absorbing as this can be, it’s impossible for anyone to give their whole life to anything in the external world. Eventually all projects come to an end or, baulked by illness, old age and the approach of the inevitable, the person succumbs to the fact of life which is death. Freedom comes with the realisation that there is no death – only the demise of the body. Unless an individual continually dies as the need to exist in the living process, death will always be feared as it approaches.

To die to existence as a need is to have discovered something indefinable yet all-pervading as an unwavering presence of reality. Someone may have a realisation that can change the life overnight, but this is very rare. For most people who are earnest in discovering this elusive quality of life, freedom is realised in gradations of deepening profundity. The more this invisible power is consciously acknowledged in the pauses between taking action in the world, the sense of freedom becomes increasingly a whole new way of living. This most subtle of emanations is the wellbeing implicit in every body. And, should the sense of wellbeing be temporally obscured by aberrant emotions such as mood, depression or anger, it’s to know that nobody has ever found freedom without first confronting their self.

Whatever the mind associates with freedom, the fact is that the pain and trauma of the past appears in the present as the difficulties each must valiantly face. Each difficulty and adverse situation that’s overcome and resolved brings freedom ever closer as a total harmony of inner and outer realms. To have the time to acknowledge God or the invisible Source is an action of consciousness which detaches an individual from identification with the world. Furthermore, this sets in motion the circumstances to provide for the needs of the man or woman, together with the freedom to enjoy this glorious creation uninhibited as the spontaneous expression of life on earth.