From the Psychic to the Spirit 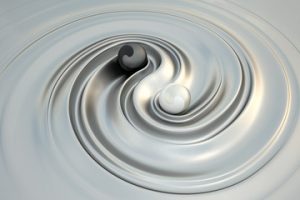 Many of those who come to me for guidance have been involved in some form of psychic teaching, such as visualisation, group healing or past life regression therapy. But usually there’s much confusion in these people concerning the psychic realm and the spiritual reality of life.

The psychic realm is a place where mediums and clairvoyants are able to communicate with the dead and have insights into the past and future. It’s the band within the psyche which contains entities that have lived and, no longer embodied, seek to enter existence through possession of another body. The psychic realm is the depository of humanity’s past living experience gathered in time, and which can be known and described by the mind. Spirit is unknowable to the mind and is the place of timeless knowledge that can only be realised as direct experience when the mind and body are one.

Psychic knowledge is indeed amazing and confounds the mind’s rationality. The value of divining the past and future is to demonstrate aspects of the profundity and wonder of life beyond the materialism of the outer realm. The difficulty for some people is that they become attached to the psychic effects, which are a like an opiate that seduces the mind and hooks the person to an agency beyond their conscious control. Voices, for example, which were once trusted must eventually be discarded or, as Joan of Arc discovered, they’ll provide misleading information.

The lure of the psyche for power over others is the diabolical force of human ignorance in matter. This demonic energy, which keeps the world moving, is the impulse in people to control matter at a distance and influence the minds of others. This is the ultimate glamour – to bring about changes in the external world for self-satisfaction and sensual delight. The individual on the spiritual journey must confront this almost overwhelmingly seductive invitation and take nothing for himself, even though the opportunity is there for the taking.

What’s not usually perceived is that using the psyche to bring about a magical effect must take from someone else, such as in absent healing when somebody may be cured but at the expense of another person’s condition getting worse. Also, whoever is engaged in such practices is made to be responsible for projecting their psychic vibes. These often return as difficulties in their own personal lives, such as fear, self-doubt and the depletion of vitality.

Nevertheless, everyone is moved to serve in some way in the world and whatever anybody does has value. Many people who are engaged in psychic teachings have a deep empathy and love of their fellow man and woman, but are apprehensive of physical love in their partnerships. They give to others but avoid the sensual beauty of love made in the flesh, the natural restorative that offsets any psychic negativity or the need for personal gain.

The psychic band is a level of mind that all must pass through in their spiritual journey. Beyond the psychic level of mind the psyche becomes finer, not unlike ascending a mountain when the air becomes more rarefied. Images and formal knowledge are left behind, and what remains is the purity of space devoid of any need for interpretation by the mind. The quickest way through is not to hang around by being curious or flirting with a supposed source of knowledge. What I suggest to anyone who asks about these things is to be open to the amazing world of the psyche, but to allow its mystery to be revealed in its own time. Then whatever happens will be a part of the greater purpose of divine revelation without taking from or upsetting the harmony of the whole.

Spirit is unknowable to the mind but is always present, just as in the external world space is everywhere and within everything. Whereas in the psychic realm there is much movement and embryonic exchange of energies, the spiritual realm is completely still and silent. Nothing ever moves in this place, since movement of any kind is a form of ignorance or separation from the Source. What keeps the mind and being in the realm of spirit is devotion and gratitude to its mystery. There’s nothing here for the person because all is complete – and without need of embellishment.