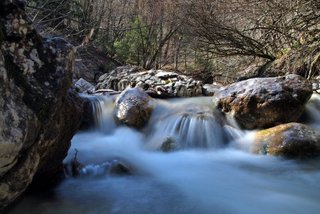 Nobody ever discovered the truth of life through hope. But in this world where any knowledge of reality is rejected as fiction and fiction accepted as fact, hope has been invented as a shield to obscure the awful truth which is death. And yet with the death sentence hanging over us all, how could we possibly go on?

It’s because within the depths of us there’s the knowledge that we’re all living for something greater beyond the mortality of the body. This is why we can enjoy the delight of being in love or even just breathing in the fresh air on a lovely day. But this font of life, which naturally creates a sense of wellbeing, is continually undermined by the forces of the outer world. The reality of the immortal state remains unaffected deep within the psyche but unable to replenish the finest energies within the body. The tragedy is that, for most, the knowledge of immortality remains imperceptible and perpetuates hope in a future world and avoidance of discovering the truth of life now.

Around twenty six years ago I was hitch-hiking around New Zealand and got a ride from a man who told me he was the local pastor of the parish. At the time, I was going through a major spiritual crisis although I was able to contain what was happening inwardly. In the car as we drove along we spoke about the condition of the world. In response to what I was saying that the world was finished as an evolutionary phase of life, he said that it was important to have hope and to know that someone would save the day. That stuck with me, for it pretty well sums up most people’s view that the world and our way of life will endure indefinitely. The blessed earth will certainly endure, but not the manufactured world superimposed upon it.

Everybody’s endeavouring to find something that works as a practical way to enjoy their time on earth. The dilemma is that for the many, freedom from the tyranny of an emotional way of life remains elusive and so necessitates hope in some future heaven or belief in an external saviour. Rarely is hope perceived as an emotional dam in the psyche which, when continually acknowledged as a need, masks worry, anxiety and fear. It’s understandable in this self-driven monstrosity of a world that people need hope while they do. But when propagated as some kind of virtue, the false assumption degenerates into blind ignorance and the abnegation of responsibility for life on earth.

Hope needs to be discarded as swiftly as possible when someone is serious in discovering the truth. You can’t be free just by saying a few prayers to Jesus, the Virgin Mary or reciting beautiful sounding poetry from the bible or any other holy text. People have been praying for thousands of years, with the consequence that half the world is now starving and the other half busy exploiting the rest. The influence of humanity’s prayers, wants and wishes, particularly when stoked by religious fervour, coagulate as a psychic mass that surrounds the world. It’s this volatile band of emotional intensity that holds the world together as a structure of conflict and polarised forces. Sometimes the echo of this hellish portal of the human psyche is audible as the shrieking wraith of self that clings to existence to the bitter end until hope is transcended.

‘Hope springs eternal’ as the saying goes. But this is a misnomer because it’s life which is eternal, not hope. To transcend hope is to be responsible for life now. So how is this done? It’s done through being more conscious in the everyday activities and realistic in perceiving life as it is and not how it could be in the future. Then it’s possible to begin to harness the power usually depleted through unconscious thought and speculation.

Hope breeds imagination and takes the focus of attention away from now. And the secret of now is its perfection which never ends. If we can possibly get to this truth through being more conscious, loving and grateful, then that will certainly be a worthy contribution to life on earth.