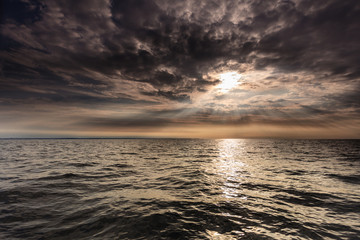 Integrity is the purity of space from which the idea of life can be expressed as the living truth in an individual.
True individuality is being detached from the body as the knowledge of this purified space, which to the human mind appears as nothing. Integrity, in other words, is the indefinable but all-pervading presence of what can only be termed the spiritual essence of the being.

The difficulty is that, as a race, we human beings have abnegated responsibility for life on earth. Instead we’ve handed over individual integrity to an external source or governing body to provide comfort and convenience instead of truth and justice for all. As humanity began to identify with the mortal physical body and lost touch with the immortal inner being, the psychological impulse was to seek protection and security amongst the many. Thus did true individuality begin to fade as a recognisable presence of the true spiritual identity behind the form.

Life as a totality is concerned with the whole and not the particular. An example is when somebody dies, perhaps at a young age, leaving those behind distraught and grief-stricken. As tragic as it may be for those personally involved, the death serves the greater good to preserve the integrity of the whole: otherwise it wouldn’t have happened. In our times, such a suggestion of something akin to an omniscient power behind the scenes is usually disregarded as fiction, religious belief or mystical nonsense. It takes great speed of perception to embrace the integrity of the ever-changing moment.

Nevertheless, everyone has the opportunity to invoke the power of integrity when, for example, confronted by the emotional demands of others to conform in a certain way. Integrity yields only to love as knowledge of the rightness in any action, even though this may conflict with what the world attributes to some notional good. To be true to the situation, which is the impersonal integrity of the whole, it often means going against personal feelings based on likes and dislikes. A man or woman of integrity is fearless, even though the body may tremble and show signs of distress. Often in the spiritual process situations arise specifically to confront the transgressions of the past to enable the individual to be more responsible in the present.

Behind the body, integrity is utterly still and silent. It’s forever present from birth until death as the inherent essence of the vital being. The integrity would emanate as a spiritual presence throughout the life and provide for all the needs were it not for the spoiler. The spoiler is the self, which exists as a reactionary force to the integrity of life itself and emerges with experience as the developing mind and emotions. However on a global scale, within the incredible complexities of a creation in apparent conflict and disharmony is an integrity which holds everything together and stops the world just short of imploding.

Within the being is a point of timeless profundity. This is the integer atom, which has no positional bias and is freestanding in the mind. It’s the divine spark that enables human beings to be self-conscious so as to reflect on the source of our own intelligence. Another name for this is ‘I’, the individual consciousness behind the body which directs the life from within; but only to the degree that it’s able to shine through the layers of the deadening weight of resistance that obscures the light of the spiritual being.