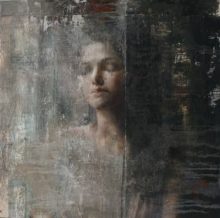 The light of the world is created by the sun, without which life on earth would be impossible. But the external sun sets every night to provide the darkness or contrast of opposites vital to sustain organic matter on the planet. The inner realm of the psyche and instinctual impulse of life is sustained through a greater light or sun that has no opposite polarity and has no need to set. This is a shimmering light that radiates through the human psyche as an emanation of timeless beauty. This light, although beyond the comprehension of the rational mind, is registered as a quality that is familiar and unique to human beings. Light is the wave carrier of cosmic intelligence which, converted to the frequency of the human psyche, is the energy or power of love.

Making love is unquestionably the most beautiful pleasure that is possible in existence. Even the caress and touch of another, where there is tenderness and the presence of love, provides a sensual and spiritual enrichment that is registered inwardly through the radiance of light. When man and woman make love they have the potential to produce an extraordinary light through the merging of the male and female principles. This magnetic merging of creative intensity is the trigger point for life to be conceived within the womb. However, making love is not just for making babies but for the reproduction of love or light in existence; and the purpose of physical lovemaking in these deeply materialistic times is to introduce some light or intelligence into the act.

The male and female genitals are the organs of love that have been divinely sculptured for the purpose of the making of light. The union creates a field of intensified space that activates every cell within the body. Immediately after the physical act of sexual love, the cells of the body are infused, either with the input of love or the generation of emotion; usually there is a mixture of both. When love is made consciously the vitality or light is retained within the cells, penetrating any psychic resistance and reaffirming the presence of love with more radiance and a greater degree of profundity. Love’s timeless quality transforms the matter or past that permeates a particular cell. When a cell is fully functional it becomes self-energising and emits its light as consciousness through love and higher knowledge.

The state of consciousness of an individual determines the extent to which love can be made in the flesh. The practice of consciously entering the body through meditation, or some other method of stilling the mind, does much to unify the sense of separation that arises from being in a body with differentiated senses. The idea is to broaden or expand the depth of pleasure within the body so that the mind is disengaged and not focused on a particular part of the body.

Where sexual excitement has been predominant in lovemaking, the bodies are unable to retain the light at a stable level of radiant intensity. The cells open and are receptive to the incoming energy but are unable to be fructified at their centre, since emotion reactivates the energy of the past. Excitability and self-gratification as the need for sexual satisfaction creates a vibratory psychic sequence that peaks with an inevitable discharge of the build-up of force. This creates a chain reaction in the psychic body, similar to a nuclear reactor being shut down; it can happen immediately, soon afterwards or possibly days later causing mood swings, brooding and resentment.

The term “post-coital tristesse” is a familiar one that describes the sense of melancholy that often follows making love. In my own experience it took a long time to grasp the significance of what was happening and, more specifically, its purpose. The idea is to be as nothing and not run from the apparent isolation or sense of non-existence. The difficulty, particularly for man where there has been a build-up of sexual force, is adjusting to the contrast in the psychic frequency from heated excitement to a state of pure neutrality. The normal reaction for man after lovemaking is to quickly find something to do to fill the void. Eventually, to break the condition, the ‘nothing’ must be embraced and entered willingly as a conscious purification of love.

In a woman there can be a similar sense of despondency that follows not being truly loved. The inner space of the vagina represents the female subconscious, a passive light-absorbing chamber that is illuminated by the active presence of the penis. The female principle absorbs the tensions and stresses of existence through her vagina. The initial task of the penis is to gather these energies, which are usually registered as negative feelings and insecurities. When she has been reached in love, her emanation is of beauty and she often glows with a golden sheen that is her spontaneous emanation of love as the female principle on earth. However, when the energies remain dormant they create anxieties and self-doubt, and her natural female presence of love or light is reduced. Due to the absorption of the phallic masculine world woman now competes with man, having absorbed his male energies and acquired masculine traits. In doing this woman has unknowingly relinquished her command of love and, in many cases, vibrates in the flesh at the coarser psychic frequency of man.

The light of love inherent within the body naturally provides the sense of wellbeing, without which it would be impossible to exist. However, just being in a body in the world diminishes the love or virtue through the stresses and strains of modern living. To be a fully functional human being, love or light must be continually replenished. The natural solution for humanity is to make love. But it’s not just in the making of love where love or light can be brought into existence. There are so many opportunities such as being grateful for what life provides, perhaps giving a smile and being civil when dealing with others.

At death the light, as an active presence and sustaining support for the physical body, withdraws and appears to go out. A dead body is immediately recognisable as having no life or light in it. At the other end of the spectrum, a newborn baby glows with the light of love as a brand new expression of life in form. From this, it is clear to me that life is light, beamed from another place into sensory bodies of organic matter. The mystery, of course, is whether the light continues to shine after death. Light is often used as a metaphor to explain the unexplainable such as the ‘light at the end of the tunnel’, as reported by many people in near death experiences. In the end we shall all find out for sure.