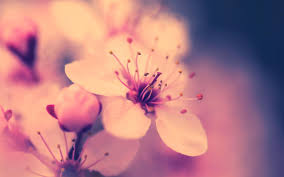 A woman’s perception of love differs from that of man. She looks from within for the reflection of her formless divine lover in the presence of a man. He looks outwards to the world for the recognition of his sexual self’s image of her in form. Woman’s perennial ache is to be reached in her deepest centre by man who truly recognises the female principle in all her uncompromising beauty. Man’s most passionate desire is to be worthy of such a task. Sex is a personal affair. Love is the impersonal master. Where love is, the world is at peace; but where sex is dominant the inevitable result is war, either as conflict in the personal life or collectively in the hostilities between nations.

The pleasure in lovemaking is divine. For is God not love? Pleasure is the energy or wave in which love is realised at deepening gradations of intensity. Human beings are imbued with the unique sense of knowing discernment, which enables us to be conscious of the privilege and sheer delight of sexual union in the flesh. Love is not the problem; it’s the pleasure we can’t handle. The fragmented way of living we’ve devised produces intermittent feelings which fluctuate in accordance with whatever emotional button is being pushed. Emotion is anything which moves the body to think about something in the memory.

When two bodies make love, the mind interprets the direct experience of love in the same way in which data and information are processed in the external world. This immediately degrades the purity of love into sex, which is converted by the mind into erotic picturing and fantasy, separating the partners within the consciousness of love. The gap between them then provides an opening for an inrush of emotions from past hurts of former relationships, and other negative experiences attracted by the heightened sensations. When lovemaking is conscious, which means both partners being present and attentive, any negative psychic forces are rendered impotent.

It’s said that still water runs deep. From an inner perspective, this signifies the fathomless mystery of love which has no end but is a continual revelation of the eternal idea beyond description. The greater the stillness the more intense the pleasure, which provides the energetic passage for a more profound union with the originating source of love. Beauty is the threshold of the higher realms of consciousness which illuminate the aspect of self now transformed by the light of love. To pass through this searing light is almost unbearable since it requires the surrender of everything that can be visualised or held as a concept of love. On the other side of beauty is being, a state of pure knowledge that leaves no trace in the memory. Love is a quality of being discovered afresh every moment in the immediacy of the present. This is why the mind, which is a condition of time and past, is unable to realise love as a direct experience.

Our true nature is love, and the most natural thing in existence is to make love and to enjoy the paradise of the sensory earth. The secret of love is that it’s complete unto itself and needs no embellishment, only the simplicity and innocence of two bodies. The stumbling block is sex, which has been the ruination of every woman and the monkey on man’s back that rarely lets up as the weight of his sexual self, goading him on to experience the ultimate pleasure for his own satisfaction.

In the end, does it really matter what anybody does? Only to the individual who has suffered enough at the hands of sex without love. Sex is the most destructive force when isolated from the source of love. Sex is really love, but it can only enter existence in its pure state in the absence of thought and self-reflection. The idea is for the body to be a conduit for love, with nothing in it except the knowledge and cognition of the privilege and wonder of love supreme.