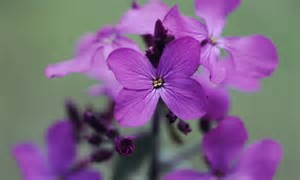 Making love real means making love with purpose as a conscious practice. For over twenty years the focus of my life has been directed towards discovering a deepening love of the mystery within, and through making love in existence with my beloved partner. I’ve been given every opportunity to do this through grace and the inspiration of the spiritual master Barry Long, who gave me so much and asked for nothing in return other than to be true to life and love. I’ve also been in the privileged position of speaking to thousands of people (mostly women) in my professional life, often at a profound level regarding their relationships. In many cases, the difficulties experienced were when partners no longer shared the intimacy and connection in love they once had; or else had cut off altogether from love, preferring to go it alone rather than face the same heartache and disappointments again.

There’s nothing to prove in love or truth so as to convince another of its validity. Something either resonates inside as the truth in one’s own experience, or else it doesn’t. Love is a mighty idea but a simple one too. Everyone yearns to love and be loved; but often there is fear and a reservation due to past negative experiences. In real love there is no choice. But what usually happens is that the likes and dislikes of the person get in the way; and the choice is inevitably wrong, despite the conviction that this time things will be different. What’s not commonly known is that the purity of love within the body, left to its own devices, attracts the perfect mate every time. The wanter and the chooser of the personal self is the only problem.

Sex and love are not the same. Every woman knows this, but so often will take a chance on a new relationship, even though the warning signs are clearly visible. Man as a rule is looking for sex, while woman longs for love. Man is more sexually aggressive than woman due to his male hormone testosterone, which triggers his animalistic drive for procreation. Woman is always ready to be loved by a loving man. It’s sex she fears, and rightly so, since sex without the reassurance of love is violent. Man in his endeavour to physically love woman, when approaching orgasm often becomes so identified with the intense pleasure that he becomes possessed with the craving to consume the partner in his frenzied passion. His bodily movements become jagged and hard; and should a woman ask him to stop, he’s likely to get angry and in extremes he may be physically aggressive.

Transforming sex into love is the greatest challenge anyone can undertake. On a worldly scale it would be like attempting to climb Mount Everest without oxygen. The task is almost impossible – but not quite. Developing stillness and conscious restraint from sexual promiscuity reduces the animal aggression to some degree. But converting the base animalistic drives as the process intensifies can be profound and terrifying in equal measure. Sex is natural, and the physical side of making love is not the problem; it’s what happens within the psyche of the person that is far more insidious and destructive of the harmony of life. Sex is really love, but only in the absence of the mind’s interpretation as erotic fantasying or sexual imagery. When the mind reflects on the incoming reproductive life force, what originates as pure love degenerates immediately into sex. The temptation to embellish the pure act of love is almost compulsive at first, but has to be discarded eventually.

For a partnership to function to its full potential, both have to be willing to make love at any time. This doesn’t mean that the practicalities of everyday life should be neglected, but is more a conscious recognition of the priority of being together as man and woman. When sex without love is the predominant motivation in a relationship, there will be times when one, or both, can’t be bothered or ‘not in the mood’. For a man, the knowledge that his woman is available for love at any time does much to reduce his sexual excitement, which normally arises when the time approaches to make love. Much of man’s sexual tension is generated by the possibility that she may change her mind.

It’s essential for lovers to be able to communicate with each other. This means no secrets or consideration of another’s feelings at the expense of honesty. As familiarity sets in, it’s quite common for the man to subtly undermine his partner. It may be a joke or an inflection in the voice that is critical of her in some way. Although they may laugh it off, a woman is often disturbed at a deep level. And, if left to fester, it’s the beginning of the end of love. Honesty would be for the woman to say: ‘Did you know that what you just said was undermining and not, to me, a demonstration of love?’ And the man would have to examine it and say something such as: ‘I wasn’t aware of that and thank you for pointing it out’ without justifying his actions. No man is perfect, but if he continually gets angry or defensive it’s not a good sign!

So, how to prepare the ground to make love more real? To keep love vibrant and alive there has to be romance. The idea is to create an ambience of love in everyday activity around the home, or whenever there’s any opportunity to show affection and gratitude for being together. Then, when it comes to the making of love through the physical act, it’s a natural extension of the expression of love that’s always present between the partners. Continual acknowledgement of the beloved is the key to love; otherwise what was once radiant and golden will fade and die. Living in harmony in a relationship begins when waking up and making time to embrace so that the day begins in love. Partners are together to reassure and support each other whatever the situation, be it stresses at work or family issues. It’s not about being ‘lovey-dovey’ and unrealistic, but a demonstration that being together is a privilege; and worth surrendering the right to be anything but truly grateful to God or life for the opportunity to make love real in a loveless world.