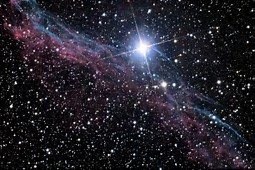 Everybody on earth is waiting for the master. This is because only the master, or more specifically the master consciousness, has the power to shatter the dream of existence. The master comes from within; but for this sublime radiant power to externalise through the senses it must be affirmed through the living master in the outer world. In truth there’s only the master, which is the personification of God the most high. The master appears in male form, as befits the role of the teacher of truth. A woman with a comparable state of consciousness realises the truth as love and is rarely called upon to declare herself publicly.

The master is not exclusive and his function is to help anyone able to receive his teachings so as to be more real and liberated from the confines of ignorance and emotional negativity. There are many spiritual teachers but few masters on the earth at any one time. The teacher, by the way of things, prepares the individual for the master. The master differs from the spiritual teacher as a function in the spiritual process. The teacher serves those still attached to the world at a level where they can have time for reflection to analyse and discuss the truth. The words of the teacher reaffirm what is already known, but in a way that those receptive are able to reach a deeper place of consciousness.

The master is recognised by his knowledge, not only of what’s already known but what’s unknown which can be realised as original truth by those in his orbit. Whereas the teacher works in time, the master is the timeless power that confronts the self, leaving no choice in the individual but to die now to the ignorance of the past. Every true master introduces a unique aspect of the universal earth idea. Extraordinary beings in human history, such as Krishna, Buddha and Christ, represented the excellence of humanity expressed through their teachings. It’s the people who ultimately determine at any phase of evolutionary time who will be master as surrogate for the human family to impart the truth of his realisations.

The purpose of life is the gathering of mass. At the world octave this is the gathering of wealth and possessions to provide security and a sense of stability to offset the forces of existence. At the spiritual octave it’s the gathering of light or self-knowledge which determines someone’s depth of perception and sensitivity to love and truth. When a certain level of self-knowledge is reached, an individual gravitates into deeper space within the human psyche. The being, which is an aspect of the earth’s spirit, is energised by the radiance of a stellar object of incomparable mass and light. This is the star or constellation of a particular master behind the appearance of the sensory world. However, until it’s time, it’s not necessarily in an individual’s lights to enter the living master’s orbit;  so they’re attracted to the teachings of dead masters, or perhaps one of the founders of the great religions where they can be served by the group lights of that segment of humanity.

Prior to the shift in consciousness and appearance of the master in the physical world, an individual undergoes a climacteric of inner transformation. This is a transitional state which is being directed from within so as to prepare the ground for the influx of the new consciousness. In my own experience this was extremely intense and disorienting, which had friends and family questioning my sanity due to eccentric behaviour kept just below the accepted level to contain the radical inner shift. Within a year of the change I had left home and my work to be with Barry Long, the Australian spiritual master who became the source of inspiration and focus of my life.

Everyone is influenced by the master, for the master is God – the one and only appearing as the many. The impersonal master is nature, where all are replenished by the restorative purity of mother earth. People seek out the beauty of nature and sometimes perceive the intrinsic intelligence which creates the precision and supreme artistry that exists between all living things. But as beautiful a reflection as nature is, it’s unable to penetrate the resistance in the matter of these bodies to its deepest centre. Only the unwavering light of the master consciousness is up to the task.

Within everybody is the master waiting to come forward to be realised as the living truth of this matter. Time is the distance which separates the union of this divine completion. When time is up or running out, the quickening begins towards rebirth as a being of higher consciousness. This is our destiny: to be our own star and in turn help the others home in this glorious life where wonders never cease.