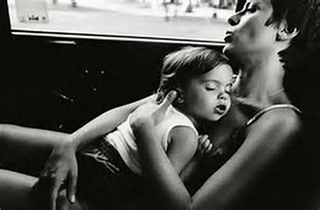 Maternal love represents the finest expression of selfless devotion. As the earth bestows abundance to all, so does the mother serve the child and those in her care, replicating the impersonal love inherent in all the species. At every level of existence, maternal love bonds the baby with the mother, often at an extraordinary level of intimacy and affection. Even the female crocodile lovingly cradles her young in jaws that can crush bone. To observe such tenderness often invokes a deep connection with the intrinsic goodness and sweetness of life.

The mother bears the pain of childbirth, which she endures as an action of selfless love on behalf of another. In this intense physical and emotional process, a woman experiences the trauma of creation as life struggles to enter existence. At birth the baby is reassured by the lunar elixir that is the sustenance of the mother’s milk. The ‘moo’ of the cow, as all dairy farmers know, is an instinctual utterance of the creature’s lunar nature. The space of the solar system symbolises the universal womb, which is forever pregnant with the idea of life. Birth and death, the beginning and end of earth existence, is a passage in time from one womb to another.

Within the physical womb there’s a far more profound interaction between mother and foetus than is commonly known. The womb generates a highly sensitised space charged with the creative power within the fresh infant body. From conception the developing embryo is sustained, not only by life but by the consciousness behind the form. The embryonic life form registers everything that is being experienced through the mother’s mind and emotions as a direct communication; the normal exchange of words is unnecessary due to the absence of distance between the two beings. The exchange between mother and child begins to make her flesh glow with a golden radiance. In fact, some women become so identified with this exalted state of pregnancy that they’re willing to undergo all of the pain and trauma of childbirth to experience it again and again. Physical love is the endeavour to reach once more this divine union in the sexually mature bodies.

In many cultures the mother is venerated as the matriarch of the family. Once, the light of the mother reflected a different glow to that of the father. Just as the external moon is a reflector of the rays of the sun, the mother’s light was softer and infused the space of the home and environment with feminine passive power. The maternal love created an ambience of purified space through which she was able to nurture her children and protect them from the forces of the world. The children were raised in love and truth, and instructed from an early age for the time when they would have to leave the family home to become a fully integrated being in their own right. This ensured that the emotional attachment between mother and child was minimal and that neither would suffer as a consequence of being separated, either physically or in death. This honouring of life united each member of the family in the consciousness of love, which was the immortal state of the original family circle.

All women symbolise the mother principle, regardless of whether they have children of their own. From an early age young girls instinctually cradle their cuddly toys, primarily to retain a connection with the original comfort and security of the womb. Even young boys are not immune from replicating the powerful maternal feelings within the body. Despite the enormous magnet to stay within the family orbit, the life cycle of an individual is a gradual depersonalising (in varying degrees) of the emotional identification with the personal relationships in the world. The living process is arranged in such a way that the challenges and hardships encountered provide the means to gradually detach from the need of experiences that no longer serve the life’s purpose. For a woman the menopause is a climacteric that can relieve her of much of the stress and tensions gathered in the earlier life. In this she has the opportunity to enter a new phase as the impersonal mother earth who, in her wisdom of love, is now able to serve her broader family for anyone in need of her guidance.

Whatever the relationship anyone has, or has had, with the mother, there’s always something to be acknowledged and for which to be grateful. For example, in bearing the pain at childbirth she served even if shortly afterwards, as sometimes happens, she had to abandon the child. Although she may have been racked with pain and unhappiness, she did her best and could do no more. But even in ordinary families who profess to love one another, the acknowledgment of the mother often becomes casual and mostly superficial. In some instances, the family degenerates to a robotic household of reactionary beings who have no values beyond their own personal desires and petty concerns. However, in most people’s lives the love for the mother is extremely strong, even though there can be emotional disturbances that surface periodically which are difficult to resolve. These emotions can linger, even after the death of the parent, when the son or daughter reflects on past behaviour or actions that make them judge themselves in having failed to live up to some ideal or saintly virtue.

Perhaps one of the greatest tragedies of the modern era is the absence of any real knowledge of death that not even the most brilliant scientific mind can address with any reality. Life as living in the outer world is the obverse side of death. When the world is removed, either temporarily in dreamless sleep or finally in death, what remains is life without formality. The dead are no longer visible to the living, but retain a presence where any emotional connection that can be established provides a medium to communicate to those they are concerned with. The contact usually fades in a relatively short interval after death; but where there has been love and not just emotional attachment, the presence endures and becomes a facet of an individual’s spiritual identity. The power of love communicates to the dead as well as to the living. This makes it possible to put right any unresolved emotional conflict concerning the mother, or indeed anyone else. All that’s required is to connect with the love of that person and release inwardly any guilt, anger or resentment. This self-healing action has the power to dissolve any impediment that would prevent that being from going on into the mystery of life beyond existence.