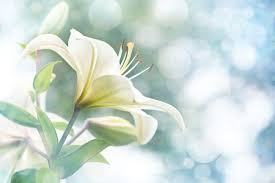 There’s no rest in this world but it is possible to be at peace amidst the activity of life. The mind equates peace with having sufficient financial security and material comfort to not be burdened by the stresses of everyday living. But in my experience, having observed at close quarters some of the wealthiest people on earth, it’s the most affluent who are less able to be at peace despite having everything that success and money can bring.

Human beings tend not to value peace too highly, although the  politicians, religionists and protesters driven to change the injustice and poverty in the world would have us believe otherwise. To be at peace is the right of everyone on earth; but the truth is that it’s impossible to change anything for good externally before the work has been done inside. Otherwise, what will be changed are just the effects while the fundamental cause – the underlying corruption and ignorance – continues unabated.

Peace is a natural state, but the biggest obstacle is the mind. The mind is never at peace when allowed free rein as undisciplined thinking and imaginative speculation, which inevitably leads to tension and anxiety. Peace is to have nothing arising as any emotional disturbance, the most pernicious being the torment of self-judgement such as the feeling of guilt in not living up to the expectations of others. The subtlety of self-judgement is also disguised in believing that it’s important to have an opinion and to have faith in something outside of one’s own integrity.

A temporary state of peace is often experienced in the aftermath of a particularly stressful period. But this doesn’t last long since the absence of conflict soon turns to boredom and, with it, the need to engage in something to revert back to the normal stressed-out condition of living. Peace is neither up nor down, but a harmony where the positive cancels out the negative and what remains is the divine state of equilibrium. There’s no peace in the past, only now in the immediacy of the present. It’s rare for anyone to be at peace for long since the mind needs to be disengaged for the state to endure. Amnesia is the spiritual state of peace – but with a subtle difference. It’s the conscious surrender of the last moment which provides a purity of vision that is unobscured by the petty concerns of the person and distorted perception of the mind.

‘Peace and love’, a phrase associated with the drop-out society of the sixties, has become so hackneyed that it’s now powerless to communicate anything of real value. And yet peace is impossible without love, since to be at peace is to be in love; and when in love there is peace. Peace on earth can only be realised when love becomes the primary purpose of western civilisation as a means to devise a world order built on equality and freedom for all. But this will never happen in this phase of human evolution. The corrosive effects of the hatred and self-obsessed drive for power over others are too insidious and deeply rooted to be globally resolved.

Humanity’s deepest fear is death, not the reality of death which is life, but a concept that has built up over time as a distortion within the human psyche. Peace is not really possible as an uninterrupted state of being until this condition of mind has been faced consciously and aligned with the great movement of life. Death is the death of the mind’s incessant need to know about tomorrow or the next moment. This is the peace that passes understanding and the light of self-knowledge that shines through the passage of death to the wonder of life everlasting.