Pornography: The Servant of Pain 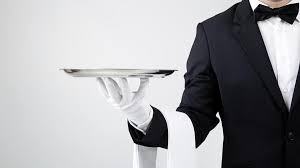 Pornography is the explicit depiction of sensual existence at its basest level and the servant of pain in the world. With the majority of the global population now online, the exposure to pornography has saturated the human psyche with appalling consequences for love on earth. The awful truth is that humanity is now gripped by the unconscious force of sex and the compulsion for immediate gratification in the flesh. As a race we’ve been unable to handle love, which has degenerated into the sexual self’s manipulation of the world.

Now a mainstream industry, pornography is freely available to anyone with a computer or mobile ‘phone. Little wonder that so many parents are now deeply concerned by its widespread exposure to children and teenagers. A recent survey in the UK disclosed severe behavioural problems associated with pornography, such as the escalation of sexual assaults at schools. ‘Sexting’, a modern phenomenon which involves sending explicit sexual content through social media, is now a common practice with children as well as adults. We’ve certainly come a long way since my day when it was the custom of exchanging love charms with sweethearts in the playground at school!

The epitome of the pornographic empire is the mass media, which serves the human race with daily helpings of the latest scandals befalling anyone unfortunate enough to be caught in the act. The recent spate of historical sexual abuse cases by prominent politicians and celebrities are just the tip of the iceberg of the sexually-driven global community. At every level of society, pornography arouses the phantasmagoria of the mind that few can resist. Continually bombarded by erotic images on TV and the internet, we’re all vulnerable to sexual possession to some degree. Even food advertising is often presented to sensationalise the emotions and sexually entice the viewers.

Anyone who regularly watches pornographic material is almost certainly sexually possessed. To be possessed is to be in servitude to an invisible energy or unconscious force able to influence someone against their will. How many of us have not experienced the overwhelming compulsion to take some action regardless of worldly consequences? It‘s mostly men who become attached to pornography since it’s a male invention contrived as a means to satisfy his sexual urges without the unnecessary burden of women’s emotionality, or having to face any personal hang-ups. Women only turn to pornography to alleviate the pain of existence as, in these times, it’s increasingly difficult for her to connect with her love.

To break the vicious cycle, pornography has to be seen to serve no other purpose than to perpetuate misery and suffering. It’s the sense of shame more than anything which crucifies an individual when at a stage of utter despondency. For anyone ready to begin anew, it’s necessary to undermine the mind’s addiction to the glamour of the world. The sexual element of self has to be starved of its supply of emotion. Although this is extremely painful and distressing, it only lasts as long as is necessary to dissolve the negative content. One sign that someone’s ready for a fundamental change is periodic weeping which arises randomly without warning. These are the cleansing tears that precede the new phase of life.

The challenge is to be able to walk through the world without being fooled by the propaganda of the times. Pornography is an evolutionary effect of the overall human condition of unhappiness – and it’s not going to change. However, it’s important to take heart, because love is in charge despite the appearance of things. It’s just that we’re past the point of no return as far as any mass solution is concerned.

As the servant of pain, pornography has served its master well and must have its time in existence in the spotlight. But since sex came out of love, it must eventually be restored to its original purity. This can only be achieved by an individual who is willing to make a stand for love. It can be done for it has been done, and is done here and now by the valiant of heart in the spirit of love.