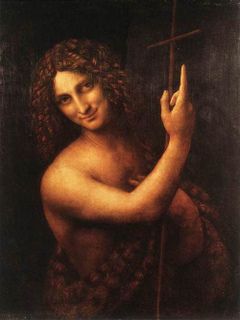 There’s not much reality in the world today. Otherwise science, the pinnacle of intellectual knowledge, would have discovered something of value for humanity to serve as a universal ethic. Religion, the failed science of yesterday, is just as unreal with its appalling record of holy wars, inquisitions and the worship of icons and rituals. The experience of living as a physical body that ages and is vulnerable to many unseen forces is demonstrably impermanent since everybody dies. What is real doesn’t disappear in time. How then to approach reality to experience for ourselves the eternal mystery behind existence?

Eternity is a word that has always been used to describe the state of reality. The echo of eternity can be registered at a sensory level as the grainy tingling sensation within the body. This is most noticeable within the hands, although the whole body is sensationally alive with this eternal resonance. Unless the mind is still it will be impossible to enter any level of reality; focusing on this pure sensation quells the momentum of the mind. Between each grain of sensation is the space of pure intelligence, which is the innate intelligence present at birth. Pure intelligence is the inner perception of undifferentiated life while simultaneously allowing life to be projected through the senses.

As a species our bodies have become hardened in time as a structure of emotion and matter, so that existence and the origins of the universe appear to have evolved over an inordinate evolutionary period measured in billions of years. This is utterly false since the only reality is now, the moment when everything happens. There’s no reality in the past or the last moment. This is extremely challenging, even provocative, for the human mind to grasp. The physical body is the symbol of now. Nothing ever happens without the body being present, except in the imagination or assumption that something’s happening in another part of the world or even the next room. The here and now is all there is as a demonstration of reality. It’s a fashionable utterance in spiritual teachings to ‘live in the moment’ but very few people are ever truly present in the senses.

Reality is an unknowable state beyond the comprehension of the mind.  This is the stationary realm out of existence where nothing ever changes or moves. However, the being within the body is naturally attuned to this reality. It’s not unlike the experience of being in love or, paradoxically, in the proximity of death when time appears to slow down due to the perception of the impermanence of living. The inner vital being remains constant as a presence of joy and wellbeing from birth until death. What does change is the frequency of the emotional body and feelings which, with the rational mind, is the only impediment to perceiving reality direct. Any thought not directed towards practical action plunges the intelligence into a secondary existence of mind. This creates the vicious circle of worry, anxiety and confusion, together with all the other negative effects of the human condition.

Another fundamental aspect of reality is that there is no other ‘I’ in the universe; only the one who calls himself or herself ‘I’. However, the temptation to objectify the formless truth ‘I am’ within every body is almost overwhelming, but not when reality is perceived in an individual’s own living experience. The unreality of the world invariably objectifies the truth of I, as happens in religious dogma and veneration of masters as being God the most high. Jesus Christ said ‘I am the way, the truth and the life’. The consciousness of the world psyche at that time, and for generations that followed, assumed that Jesus was referring to himself as a man. From this monumental error came two thousand years of religious tyranny and torment for the human race. And religious belief persists today as the main impediment to the direct experience of God and being responsible for the universal formless I, the one and only within every body.

Everything happens in the human brain. There’s no ‘out there’ in the outer world except as a projection in sense of the incredible idea of life behind the appearance of the myriad forms in the objective universe. In dreamless sleep, or when unconscious, the world disappears. When conscious in the senses everything reappears as the sensory projection. At physical death the thread connecting the awareness to the unconscious is severed and a new phase of life begins. Here on earth the struggle continues in a divisive world and will intensify as we crank up the emotional ambiance towards the closing chapters of an inglorious era of human suffering and moral decay.

But whatever happens here is transitory and changes not the timeless state of reality. For an individual inspired to unite with their eternal being while still in the body, the world starts to lose its appeal. In its place come frequent reminders for a reality check to keep present and alert in the senses. And in time, the search for truth becomes the life – and the way in which reality is realised.