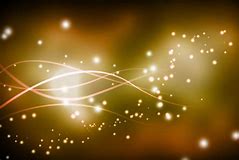 Reincarnation is not the truth. For reincarnation to be real there has to be a continuity of self that reincarnates from one life sequence to the next. No such self exists. What people sometimes associate with a previous life is not necessarily their own personal life experience. This is because we are each a cell in the vast body of mankind and an intrinsic part of all life that has ever lived.

The notion of reincarnation is kept alive in the dream of existence. This is because whatever is acknowledged and affirmed by enough people has the potential in time to become a permanent fixture in the human psyche. The interest and fascination with reincarnation has created a subplot within the bigger picture which is really an impediment to anyone looking for a deeper reality. The only thing that ever reincarnates is ignorance of our immortal state of being.

When the physical body dies it soon decomposes and the atoms are released into the earth’s eco-system to be absorbed by other life forms. In a short time these physical cells are disseminated far and wide across the planet. This is mirrored in the inner process whereby the emotional body disintegrates and is released throughout the vast body of humanity as psychic cells infused with the energetic experience of the life just lived. The after death process is so complete that no trace of the knowing self remains within the individual consciousness. But something profound endures that is retained through each living life.

What is retained from each life experience is the light of self-knowledge extracted from the pain and pleasure of the living process. This abstract presence of light then gravitates to a level of the psyche where, after a further purification process, it merges with the evolving spiritual being. The spiritual being consists of the pure essence of the individual’s innumerable past recurrences but divested of any person or memorable experience of the past. The light has a resonance, not unlike a fingerprint, which is a unique divine signature retained as the individual consciousness of the being.

The resurrection of past emotions and experiences is a form of reincarnation that we’re all familiar with. Think about something from the past that stirs the emotions and it won’t be long before the vitality is depleted from the body. Similarly, to the degree that someone identifies with the notion of past lives there will be an energy drain on their wellbeing. Past-life regression therapies may work at a certain level, and perhaps can help to remove some emotional blockages, but can never heal the whole of the life. The negative effects will surface elsewhere as the problematical conditions of living, particularly in the love life. Whatever needs to be faced as a consequence of unconscious living from the past appears as the circumstances surrounding the person in the present.

What good is it to discover that you’ve been Beethoven, Julius Caesar or Cleopatra in a former life when in the depths of despair because life seems to be falling apart? While someone’s preoccupied trying to figure out their past lives, they’ll miss the wonder and glory of life now. The highest truth is already known within every body. But the profound knowledge always remains elusive when the mind and emotions become transfixed by the mysticism of the psyche, which will always distort the truth when the person is unable to resist its hypnotic suggestion of something to get for personal gain and satisfaction.

Recurrence is the impersonal cyclic process of death and rebirth which ensures that life is always here on earth. Reincarnation is the personal interpretation of this profound inner process. At the moment of conception in the womb, the impersonal life in every body is imbued with the individual consciousness of the being, together with clusters of cells from the great reservoir of re-circulating life from the total experience of all life that has ever lived.

Thus must each of us take on a portion of humanity’s past ignorance which will have to be faced in the difficulties and challenges of the living life. However, the impersonal spiritual identity behind the form will always endeavour to influence and direct the person towards a deeper realisation of love and truth during any particular recurrence on earth.