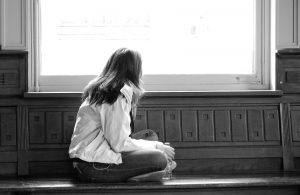 An alien force has invaded planet earth. This unsuspected entity’s name is sex – now a global possession that drives the progressive world. Masquerading as ambition and acquisition, sex is the energy that lubricates the mechanism of western culture and hides behind all cruelty, greed and violence. Some of the signs are self-evident whilst others are more subtle and influence the world unknowingly. The global possession of sex is the unsuspected cause behind global warming and the deforestation of the rainforests and other natural resources of the planet. The external world is a perfect mirror of the inner psyche, which obediently reciprocates the wants and desires of humankind.

Today wherever love appears, or endeavours to be expressed, it’s soon extinguished and undermined by the sexual force of the world. At the time of writing there are innumerable sex scandals being reported in the media. But perhaps the most surprising thing is that people are still shocked by what’s happening. Violence and war arise from the sexual frustration of leaders, politicians and industrialists, unable to reconcile the sexual drive and momentum of their own loveless existence. This in turn fuels the mass media, whose sole objective is to stoke the unhappiness of the human race by reporting on scandal and tragedy in the world. Sex without love is a destructive force that considers nothing but itself in getting what it wants. Sex looks to possess another whereas love looks to give. Sex pursues the innocent with unbridled lust, as a serial killer stalks a fresh victim.

Sex in its purity is love, our natural state of being. The unifying energies of the male and female principles provide the most glorious pleasure in existence, and the physical expression of love is essential to the wellbeing of the body. If everyone in the world just made love for the sheer beauty and privilege of being in another body, there would be no problems on planet earth. Human beings are unique in that we can know and be conscious of life and love as no other instinctive animal can. However, the peculiar effect of self-consciousness is that any reflection on the pure reproductive energy within the body is immediately corrupted. As a consequence, the human race has become a slave to a possessive force that is alien to the natural state of love. Indulgence in erotic stimulation magnifies the possibility of psychic possession. In extremes, particularly when sexual assault is involved, the individual can be totally overcome by these unconscious forces.

The sexual possession arises from the core of the self as a reaction to the pain and pleasure of being in existence. It’s a gradual process that begins to manifest externally in the child through the voice and throat. This is sometimes heard in children when they speak in a distorted and exaggerated manner; and more graphically, when they erupt in a tantrum as they all do at some time. The possession then permeates every cell in the body as a psychic presence, which is triggered at puberty as the reproductive potential is activated. It’s the introduction to the body of this extraordinary new energy that accounts for teenagers being restless, irritable and often rebellious to their peers and society at large. This is compounded through the sexual experience and self-obsessive nature of the developing adult – and is the cause of every neurosis and psychological disorder that afflicts the human race.

The global possession of sex is now complete and there’s nothing that can be done to eradicate the escalation of global negativity. The planet has been decimated by the worldwide scramble for materialism, resulting in great wealth for the minorities while the majority make do, starve to death or become vulnerable to those who traffic in the most despicable of human vices. Any philanthropic gesture or selfless act to alleviate the suffering and injustice in poverty-stricken areas in the world will be a drop in the ocean, and soon overwhelmed by greater tragedy and civil unrest.

Sex without love is the compulsive drive and craving of the human race. The only hope is woman, the female principle, who is willing to make a stand for love. Man, of course, must be willing to face his sexual self; but will falter in his earnest endeavour to be true if he feels he can get away with his predatory sexual exploits. Only a woman who has suffered enough at the hands of man, and has realised what she doesn’t want, can really be effective in bringing a man to his senses. Love itself is a mighty power which, when invoked, demands honesty as a prerequisite to sexual physical union. A woman who sees the truth of love will refuse to have sex without the reassuring presence of love. In being true to love, and no longer willing to compromise with man’s sexual demands, she will never to have to suffer at his hands again.

However, the natural union between the male and female genders will gradually fade in successive generations due to a unisex culture that will engineer genetically-induced flesh robots for sexual pleasure. People will shun intimate relationships in favour of impersonal sex with robots to deflect the responsibility of love, and from facing the hell of emotionality in the reflection of the other. The internet will evolve as technology crosses the boundary between sensual and virtual reality. A four-dimensional holographic experience will eradicate the need to travel and for many of the pursuits and pastimes that people engage in today.

The most pressing concern affecting the wellbeing of humanity is the build-up of electromagnetic pollution which is currently manifesting (unperceived at present) as an outbreak of anxiety disorder directly linked to the nervous system. This will gradually externalise as the most widespread mental health issue in recorded history. But the cause will never be traced back to the abnegation of love by human beings for sexual self-satisfaction.

It’s quite a legacy for tomorrow’s children.