The Art of Being 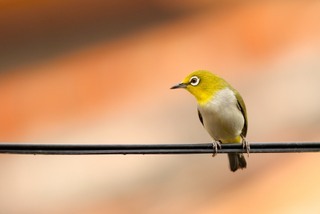 The art of being is a journey of self-discovery. Being is the timeless state of creative freedom which every artist endeavours to reach through their inspiration and originality. However, artistic pursuits are only partial expressions of the great art of being a man or woman. For over twenty years I’ve been engaged in the art of being. There are many ways that people are inducted into the state of being, so what follows is simply my personal experience of the process.

The state of being never changes from birth to the moment of death. What appears to change is the condition of emotional suffering which vacillates with the demands and pressure of the world. Many spiritually orientated people assume that being is something to be attained when the truth is the opposite. It’s the surrender of resistance to the original state, and to expect anything out of the ordinary to happen is counter-productive. The extraordinary occurs in those moments when life and love converge in unity, and time as separation from love is bridged.

To enter the state of being is a life-changing experience. There can be many insights and moments on the way, but when it happens at a particular depth the change is permanent as a realised state of consciousness. In my own experience, the mind stops and within the purified space is the indisputable knowledge of immortality. The intensity of the process lasted around three days and then gradually reduced as the energy became absorbed throughout the body. What remains after any spiritual realisation is a greater peace and equilibrium and, most importantly, a deeper love of God or the inexplicable mystery behind existence. But it’s what comes next that is perhaps the most challenging aspect of the spiritual life.

Before a tsunami, the tide extends far out to the horizon, the distance dependent on the scale of the earthquake. The wave then comes with great force and destruction to batter the land mass and engulf the surrounding areas. So it is with the spiritual process. After any insight or realisation the tidal forces of existence come down on an individual to test their new state of consciousness. That’s the spiritual integrity that appears as the difficulties, not only for the mystic but in every facet of life, particularly in love and relationships. This is not a journey for the faint of heart, and on the way many of the most treasured concepts of love and God will have to go. The task is to bring the state of being into the sensual experience of the awareness, and then to live what has been inwardly realised in the outer circumstances of the life.

The universal feeling within all living things is the good that has no opposite. However, in human beings this subtle emanation often becomes overwhelmed by innumerable self-induced feelings stoked by the mind and emotions. The original good feeling is always accessible, but often imperceptible against the coarser feelings in the body. Wellbeing is the quality of life without which it would be impossible to go on living. It‘s the restorative nature of being that provides the good feelings and sense of joyousness in the body. An example is the baby who gurgles with the delight of life, its innate radiance glowing throughout every cell of the body. This sublime being would continue to sustain the developing body as a recognisable presence, but recedes and finally disappears in maturity when exposed to the harsh vibration of the world.

In the beginning when the focus is turned inwards, there’s usually a great release of inner tension. Much of the emotional structure collapses, and the person experiences a sense of relief to be going with the inward stream of consciousness normally projected outwards through the senses. The attention gravitates (or will, eventually, when the practice becomes more conscious) to areas of the body where emotional blockages have gathered. However, it’s difficult to be still and easy within the body while external events are able to distract the attention and agitate the mind. Any problems causing anxiety or emotional doubt need to be addressed by taking remedial action, or to surrender to the situation in the knowledge that no more can be done for now. As the external life is gradually harmonised, it’s much easier to be at peace within the body for longer periods.

Human beings are at the tail end of the cosmic system of intelligence, but are able to access the higher realms of mind through increasing stillness and receptivity to the invisible domain of the psyche. The reward of such an undertaking is self-knowledge, which reveals to the intellect the amazing truth of existence. This direct communication is incomprehensible to the world of objective thinkers. The mind is the impediment to being whenever it tries to rationalise or interpret the direct knowledge from the source of the unconscious. The mind is an instrument of the past and forever behind the immediacy of the moment. Being operates beyond the speed of light, eliminating the gap between the cause and effect interval of sensory existence.

As an agency of cosmic consciousness, being is a natural restorative that heals the entire life and not just a part of it, as in the therapeutic way. The quality of being is such that it gives to creation without taking anything for itself and, in that, serves the greater good more than any other action in the world. Furthermore, the power of being is able to assist others towards realising a greater degree of truth, particularly where there is a shared love of the deeper mystery of life. ‘To be or not to be’ isn’t the question. Being is all anyone can ever be, or wish to be, in love and gratitude to the wonder of life.