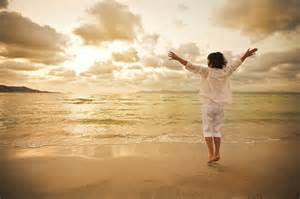 A ‘big ask’, as most people are aware, is when there’s a request for someone to do something you know will be difficult. It’s a term most commonly used in sports and business, as well as being the name of the Friends of the Earth campaign. From a spiritual perspective, the big ask is to give to the greater good through the surrender of the last moment. Life lets go of every last action as the seamless flow of creation.

People ask so many questions, but rarely a real one such as ‘where am I compromising in my life?’ and ‘what can be done to rectify my inner discontent?’ The fear of confronting a situation, or perhaps taking a course of action that will radically alter the life’s direction, can be overwhelming. A big ask is usually disguised by many little asks which hover around the nucleus of pain like bees around a jar of honey. Rarely does someone voluntarily examine the source of their own unhappiness with the same anticipatory zeal that precedes emotional excitement in the world.

From birth, by following the example of parents and society, the child becomes attached to the continuity of daily activities and, by looking forward to birthdays, holidays and celebratory events, begins to quantify existence. Unsuspectingly this creates a subconscious agitation and resistance to being still and at ease within the body. From this inner discomfort arises a restless urge to be permanently active, both mentally and physically, to avoid intrusive questions concerning the deeper significance of life.

Questions multiply in great profusion the more that is known about the objective universe. There’s no end to what can be known and dissected by the human mind into ever finer slithers of existence. Science is concerned only with the possible; and when it’s discovered the futile search for the next particle or black hole in some distant galaxy begins again. The seemingly impossible is to make way for the spirit. This remains impossible for anyone still clinging to belief and hope in a world of endless possibilities.

The spiritual way is negation, which is a reversal of the outer drive into the world. This doesn’t mean a cut-off from the ordinary life and engagement with the practicalities of living. It does, however, require being more conscious by refusing to put demands on life as before. Unconscious big asks are prime energy leakages which deplete the finer energies needed to offset the emotional forces of the self. The self, which is the mind and emotional body, has degraded the virtue of western civilisation. This psychic force retains its supremacy in the mind through asking questions with great sincerity that it knows will spawn a thousand more. What will not be tolerated in the media is anything that turns the eye or ‘I’ back on the observing inner being. This is the unsuspected mind trap that steers humanity into an endless loop of time and distance from reality.

A big ask is to die to the need to justify the self’s morbid fascination with reliving its own unhappy past. It’s especially hard for someone who bears a grudge with life or blames another, or themselves, for their circumstances and emotional insecurity. People come and go like the tides of the ocean. Although there can be sadness at the time of loss, the suffering and grief that usually follows is caused by an illogical expectation for permanency in a world where everybody departs or dies. The purity of love is the pleasure that knows no pain when the experience of living has revealed the futility of emotional attachment to the person or object of love. The error is identifying with a form as the source of love when they are merely a reflection of the formless love within.

When all is said and done, the truth of the big ask arises from an individual’s own integrity. At certain stages of the spiritual process, or even in those people driven primarily by the acquisition of wealth, there can be a profound intervention from an inner source of unquestionable power and authority. This is a climacteric point which presents an opportunity to re-assess the life’s direction. What is then set in motion will direct the person towards some new phase of life, if not immediately then eventually when the time is right.

Dreams may come true; but only for them to end. And then what? As long as there’s a dreamer, there’s another dream waiting to be created with a new set of circumstances, a little different than before but never completely fulfilling. The big ask of all time is to awake from the dream of existence and go beyond all that can be imagined and conceived as experiential life on earth. Some great men and women have realised the truth behind the dream and endeavoured to impart the idea to inspire others to come back to life and love. This ultimate Big Ask is to dare to rise above the concepts of both past and future – to live as an original being in the liberation of the moment.