The Call of the Spirit 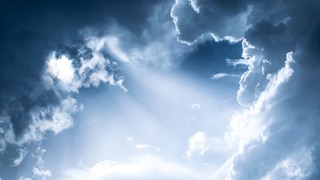 Spirit is a word which has been debased to such an extent that it’s now unable to penetrate the world psyche so as to be universally realised. The timeless quality of the spirit, with its absence of any attributes, is imperceptible and doesn’t make sense to the rational mind. But the spirit is always calling. Even to the most insensitive, the effect is registered at times as a hollow feeling of incompleteness that will not let the person rest for long.

The call of the spirit is often intuited in nature and the wildness of life untamed. Nature is the impersonal master which reflects the fundamental integrity of life to anyone sensitive to the wonder of its creative magnificence. Yet the call of the spirit can arise at the most unexpected of times. For example, the wealthy man is compelled to give all his money away, the addict suddenly quits a habit of a lifetime in response to a profound inner change, or in the midst of everyday activities an individual suddenly connects with the light of their own spiritual reality and a new phase of life begins.

To be receptive to the call of the spirit is determined by two things: the condition of the emotional body and the evolutionary point of the psychic being retained as consciousness behind the form. Someone can be poised to enter a higher state of reality but unable to detach from the emotional identification with some external form of love in the world. This often happens when a person finds solace through religion or some other objective representation of the Divine such as a disembodied or embodied spiritual master. Such a person attracts difficulties in their life and often suffers terrible emotional pain since their deeper reality exerts an enormous pressure to break free.

The subtlety of the spiritual presence is unable to penetrate the hardened resistance of the personal attitudes that exist as emotional centres in the body. Emotion degrades the timeless quality of spirit because it agitates the mind and keeps the person firmly rooted in the past. Emotion grips to existence and is an extreme inhibiter to the wellbeing of the body. The tragedy is that the majority of the world’s population that live as emotional beings defend their right, not only to be unhappy but to educate each new generation to follow by example – and thereby perpetuate the ignorance and suffering of the human condition.

The mystical thread which links everyone to the call of the spirit is myth. True myth contains the energetic power of our cosmic origins. In the eternal mind everything, including the original moment that the idea of existence was conceived, is continually in the act of becoming something, then nothing, within the sublime state of Divine Being. Whenever someone is touched by the spirit, in whatever way this happens, there’s a connection with the mythic realm which raises the consciousness to a heightened state of receptivity to life. Such is the way of the indomitable Spirit, forever calling from within.