The Cosmic Value of Plastic 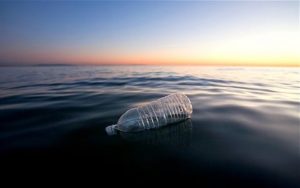 Plastic is public enemy number one – an environmental nightmare and the ubiquitous pollutant of the oceans. Statistics for the production of plastics are mind-boggling and show no sign of decreasing. This is because plastic is symbolic of the sterile aspect of self which now controls the world as the super mind of the high-tech global civilisation. Just like plastic, self is impossible to eradicate on a global scale, except through the individual alone.

However, plastic itself is not the culprit. It’s the way of human nature to invent wonderful things, including breakthroughs in science and medicine; and then for the greed of the few to exploit the needs of the many. The production of plastic was originally seen as a ground-breaking idea which would revolutionise the world, which it did – but not in the way that was intended. And it’s the same for every scientific discovery, regardless of how noble or altruistic the intent of the individual scientist or inventor. The benefits are soon turned into something more potentially destructive or, in the case of plastic, spiral out of control with little or no restraints. But since everything to exist takes its rise from a greater truth or reality, what’s the cosmic value of plastic?

The cosmic value of plastic is a synthesis of the combined planetary consciousness of the solar system towards the next phase of human culture. The invention of plastic at the end of the nineteenth century was a cosmic initiative to further the future development of space exploration. Cosmic intelligence operates beyond the speed of light. To enter existence, cosmic ideas must be reduced in purity and aligned with the slower time gradient of sense perception. Consequently, the idea of plastic was distorted to such an extent (which mirrored the paranoia and chaos of the impending world wars) that it set in motion all the negative effects which humanity must cope with today.

There are only two functions within the human system which operate beyond the speed of light: these are life and consciousness. Human bodies are unable to exceed the speed of light, and never will, due to the limitations of our physical anatomy. Even suspended animation would be fatal beyond light speed. Because of this, genetically engineered human robots will be deployed in future space travel to other galaxies. What they will discover and beam back to earth will be astounding.

In exceeding the speed of light, the artificial intelligence of the space travellers will undergo a remarkable transformation. They will become imbued with divine or self-reflective intelligence as a mutation of Homo sapiens. These future space travellers appear in our time as UFOs and extra terrestrial intelligence. The effect of those observing on the earth will be to raise their own consciousness to a heightened state of receptivity. Ultimately however, we can only travel to the stars through inner space and the light of consciousness within our own being.

The invention of plastic, with all of its negative effects, has been necessary in the evolution of human culture. The formulation of synthetic fibres and manufacture of all associated materials serve, in cosmic terms, the future development of the species. The fact that humanity must toil and suffer in so many ways, and eventually decimate the planet, is inconsequential to the grand scheme of existence and the purpose of life, wherever it appears in the universe.