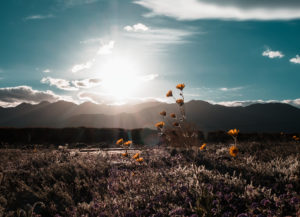 The divine connection is made when a man or woman is conscious of nothing as an inner state of being while existing as a body of awareness in the sensory world. To the normal perception this seems impossible because the mind functions as a focus of intelligence on a particular part of existence and not the whole. The divine connection is both consciousness and awareness operating simultaneously as a unity of pure intelligence. This state of being, sometimes referred to as ‘mindfulness’, eliminates the gap between then and now, which induces a shift in time from the past to the present.

However, the divine connection is unable to be realised to its full potency until an individual has passed through thoughtfulness, which surrounds the mindfulness of being. Thoughts are facets of mentalised matter which encompass the human psyche, just as satellites and debris from discarded space stations orbit the earth in outer space. The idea is to pull back from the thinking mechanism as an exercise in self-mastery. The most effective way to do this is to practise giving up thinking in the good times when there are no external pressures to disturb the emotional self.

In most people undisciplined thought patterns form a constant drone which, surreptitiously, reduces the subtle emanation of the wellbeing always present in the body. Wellbeing and peace of mind are synonymous as aspects of Divine Being. The more time given to entering the body in stillness and humility, the more the inner space becomes divested of emotional negativity which fuels the momentum of the mind. Gradually a perimeter of purified space surrounds the field of the mind’s perception, which is not unlike the way a castle moat keeps hostile or negative forces outside its fortified centre. This is registered inwardly as a greater sense of equilibrium and absence of the normal anxieties of everyday life.

In the approach to the higher states of mind, the attachment to existence as any reflected intelligence is voluntarily discarded; this means to be centred in the body with no position of mind or anticipation of the next moment. To know something is to experience existence, whereas in the spiritual state there is an absence of any acquired knowledge. However, whatever is needed at any moment to participate in the practical affairs of the world is provided under the aegis of the egoic intelligence, which is forever vigilant as the unifying principle between both inner and outer realms. Thus does the most evolved human being embody the three realms of existence, namely the mind, body and spirit, as an integrated state of being.

The divine connection cannot adequately be described in conceptual language, other than to say it is the ultimate good – the fulfilment of all that human beings could ever desire or aspire to be.