The Ego and the Self 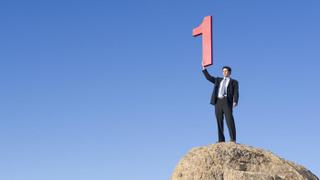 It seems that many people are still confused between the role of the ego and the nature of self. They are clearly not the same but rarely is the distinction made. The ego is the innate intelligence of the body which functions to protect the survival of the organism. The self arises from emotional experience gathered in time.

The ego can be called the unifying principle of the senses and serves to alert the awareness should anything threaten the body’s survival. Constantly attentive even when the body’s asleep, the ego will dutifully stir the person to pull up the blanket should the temperature fall.

The ego is a beautiful principle which is present in every living organism on earth. We human beings, however, are unique in our self-reflective capability; but instead of reflecting on the source of life as the wellbeing within the body, we’ve elected to defend our emotional negativity as a universal way of life. There’s no provision in nature for emotion, which is why no other creature has a personal self to make it unhappy.

The self is a parasite by nature which must feed on the vitality of a host body to survive. Just as the function of the ego is to protect the life of the physical body, the self replicates this by protecting its own emotions as the pain and suffering of the past. People often feel drained after an emotional exchange or a prolonged period of depression or anxiety; this is because the self has sucked the virtue or finest energies of the body. Eventually the self overwhelms the purity of the ego, which has no defence against the full onslaught of the emotional intensity of human experience.

One of the most cunning tricks of the self is to call itself ‘the ego’, particularly by people in some spiritual circles. Terms such as ‘inflated ego’ or ‘ego trip’ have contributed to reinforcing the popular misconception of the ego and obscured the workings of the self. The self is cunning because by shifting the focus from within, it takes away the need for I, the individual, to be responsible now. The ego operates in the present whereas the self, as an entity of past, must continually reflect on the memory to affirm its existence in the world.

The spiritual challenge is to separate the purity of the ego from the emotional energies of the self. As long as the self is able to overwhelm the natural function of the ego, the person will vacillate between the highs and lows of emotional living. The ego is an aspect of higher mind and closely related to instinct, the finest expression of pure intelligence in existence – and thus serves the greater good of life on earth. The self is totally self-serving and oblivious to any source of power beyond its own wanting and craving for experience.