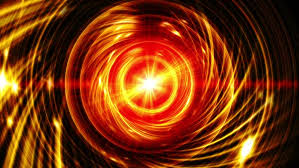 Everything happens now. There is only now; but how can this be recognised in the ordinary living experience? The symbol of now is the physical body since we can only be aware of our immediate reality through being present in the senses. Now becomes ‘then’ in the blink of an eye by holding onto the last moment as any emotional interpretation of the past. The mind’s incessant analysis of the living experience as excessive thinking, speculation and imagination distorts the clarity of perception to such a degree that it’s rare for people to be fully attentive and centred in the body.

Just how deep the profundity of the body extends as a formless presence within the psyche is unfathomable. Perhaps we never leave it but just go on and enter another phase of life beyond description. However, it is possible while still alive to realise aspects of eternity since it’s the place of our sublime origins. Developing stillness and sensitivity to the inner state reveals deepening insights and realisations of the mystery behind life on earth.

Now is the optimum point of reality. From the eternal perspective, this original moment is preserved as the energetic idea of existence, radiating as light and consciousness through the creative principle of intelligence. At the eternal moment, which science refers to as the ‘big bang’, the universal ‘I’ emerged as the first condition of intelligence the instant after the original moment when the idea of existence was conceived. Within the infinitesimal gap of ‘lost time’ between I arising and the immediacy of now, everything that could ever exist expanded as absolute mass and then contracted back to nothing. Thus did the evolutionary cycle of I begin towards the rectification of its missing knowledge, preserved within the gap of ‘lost time.’ When awaking from sleep each morning, the subconscious impulse is to fill in the time sensed to be ‘lost’ through being temporarily absent from the world.

Without I there is no world or universe to reflect upon; as a race we’d be unable to function in existence as self-conscious beings. This can be observed in the newborn baby. Although intelligence is present, regulating the bodily functions and keeping the life form instinctively alert, there’s no self-reflective I at this early stage to recognise ‘I exist’. I emerge with experience and a memory and with it, unfortunately, all the troubles of the world. What happens is that the purely instinctual I is degraded through the gathering of emotion as the personal self. The nature of self becomes vehemently opposed to the one good and soon loses contact with the innocence and simplicity of the instinctual I.

Through the gradations of the system of reality, the one universal I utilises the structure of the psyche and is instinctually present in billions of life forms, including all the species, as aspects of itself. This omniscience is God, which is the power or presence of now inherent in all matter. Of all the creatures it is we human beings, due to our unique reflective intelligence, who have the potential to unite with God as a conscious presence within the body. The purpose of life is to realise this with an ever-deepening knowledge and, ultimately, to be responsible for life on earth.

The power of now is negation, which exceeds the calculated speed of light. This original power is programmed into our spiritual system from birth, but dormant as the consciousness centre deep within the most protected area of the brain. Negation operates beyond the parameters of existence and is not subjected to the drag of past which creates an interval of elapsed time. Elapsed time can be measured and calculated back to a supposed beginning, and can be applied to anything historical that’s happened since the evolution of the first life forms on earth. Negation is neither positive nor negative, but a state of equilibrium in which knowledge is intuited through the direct experience of reality. This is the still point of consciousness which, although present in every body, vacillates in accordance with the self-knowledge or perception of love and truth.

Virtue is the trigger for the energy of negation. Whenever an individual serves another or performs an action of valour, the past residue of self which consists of pain and holding back from love is purified to some degree. This has the effect of illuminating the enlightenment point to shine a little more brightly. The greater the luminosity of the point of enlightenment, the more present and real the individual. Everybody has the opportunity to contribute something worthwhile to humanity since I, the one and only intelligence, am present in every body. The eternal now is the mystery of life and secret of infinity. But it’s only a secret while I’m stuck in existence and unable to detach from the appearance of the world.