The Fear to Love 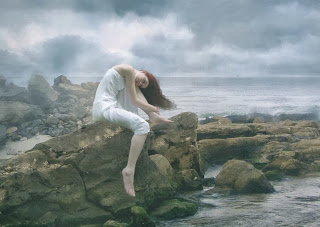 The fear to love arises as a reaction to the experience of life in a loveless world. This is now a global neurosis which undermines the power of love. Love is a natural restorative and healer when free of the impediment of fear, and provides a sense of wellbeing that is constant and all-sustaining. Fear is synonymous with self. Self arises through sex, which becomes an unconscious negative force when unabated and able to control the mind and emotions of anyone it can possess.

The fundamental cause of the fear to love begins very early in the drama of life. At birth the infant body enters existence, having absorbed the emotional stress of the mother from the placenta in the womb. This negative energy is actualised the moment the umbilical cord is severed. It’s the young girl who’s most vulnerable to the forces of the world since the female consciousness is more naturally attuned to the original state of love than that of the male. The fear to love is registered at a deeply subconscious level in the presence of the father and any other males in the household or environment. They may be kind and loving, but their psychic emanation of sexual tension will imperceptibly infect the minds and emotional bodies of the young. All men are sexually frustrated, even the most promiscuous, until the self-obsessive drive for control over another has been transformed through love.

By the time the teenage girl reaches puberty she’s absorbed the anxieties, not only of her immediate environment but through the competitive regime of school and exposure to the sexual content generated through the internet. This energetic residue hardens as an emotional clot near the entrance of the vagina. When love is made for the first time, the virgin female is physically prepared but inwardly fearful and reliant on the loving reassurance from her lover. What happens is that she’s traumatised to some degree by the experience; the lovemaking was not what she expected it to be. And this is every woman’s story, more or less. She was looking for love while he was looking for sex. Her natural protection, which is her innocence and divinity of love, could not offset the forces of the sexual self. And if the lovemaking was beautiful, the man leaves soon afterwards – and in so doing breaks her young heart. Woman never gets over this first betrayal of love.

Woman fears sex without the presence of love. Her self-doubt often arises through her conflict between her yearning to be with man and the fear to enter a new relationship and suffer another broken heart. The solution is to be in command of love, but with the knowledge of what causes her pain. A woman must know what she doesn’t want, having experienced the highs and lows in her relationships. In this way the traumas of the past serve as the wisdom distilled through the living process of life. But she must be prepared to die for this, whatever the price in personal loss and material security. For example, she must be willing to put honesty to love first by refusing to compromise with anything that makes her emotional in her relationship with man.

For a woman who puts love first, it would be intolerable to her to be with a man who frequently cuts off from communicating or undermines her in any way. The hurts and disappointments from the endeavour to love in the past are able to serve in the present as warning signs, not unlike a burglar alarm that’s set off when triggered by an intruder. Although it’s less common for a man to realise at a sufficient depth of the psyche that he was born to love, and to undertake to reach woman with his great passion and divine inspiration, he is out there. And a man who is worthy will always appear at the behest of love to any woman who refuses to give in to man’s sexual self.

It’s essential in love for a woman to be as wise as a serpent and as a gentle as a dove. A woman can sometimes be overly assertive and critical of a man in situations where it’s not appropriate. This is often to disguise her fear as a safeguard to being hurt again, as she was when vulnerable to love in the past. Alternatively, a less assertive woman often submits to the demands of man to avoid any confrontation with the source of her inner pain. In both instances, it’s the fear to love which undermines the honesty of the interaction and right discrimination necessary to deal with the situation effectively.

When a woman knows what she’s doing, and is true to her innate wisdom and virtue, she’s invincible – and never again need fear to love.