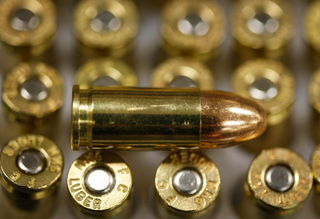 In the endeavour to create a civilised world order, the human race has made a virtue of war. The armed forces are deployed as a demonstration of the fighting spirit of the country – at least that’s what the propaganda machine wants us to believe. The personnel in the armed forces are primed for war and destruction by the very nature of their profession. Those in charge know that any doubt in the troops will have a negative effect on morale and distract them from the task at hand.

Rule one in the art of warfare: know thy enemy. The enemy is self which, as the thinker, creates speculative scenarios in the head unaware it has a body. This makes the self restless and crave power over other bodies or nations to compensate for what it thinks it lacks. The outbreak of war begins in the head, where the enemy has breached the walls that safeguard the perimeter of the mind. Prior to any external hostilities the politicians and generals are already engaged in a raging conflict within the psychic space of their own subconscious. What could possibly be worse than being at war, either within as in emotional conflict or without in the violence and mayhem of combat? Yet this is the way of life we‘ve devised on planet earth.

Human nature is a warring nature which began as territorial disputes among the primitive tribes. These skirmishes replicated the behaviour of the animal species when protecting their space from potential predators. The difference was that then there was no emotional attachment to the outcome. It was a case of taking the necessary action and afterwards, if they survived, attending to wounds before returning to a state of inner contentment. All the cruelty, atrocities and depravity associated with war and human conflict came later as a consequence of the appalling lack of love surrendered to the subconscious demon of sex.

Sexual frustration is the cause of all violence on earth. When someone is no longer sexually frustrated there’s no desire to wage war or to inflict pain upon another, either physically or emotionally. Wars rage on the planet with alarming frequency, but for the majority of people the struggle is an inner battle that erupts whenever an emotional button is pressed. Peace is often shattered when single thoughts are allowed to run together as a pattern of past memory impressions. Before you know it, one thought leads to another and bang – an emotional eruption of force is released as anger or some other negative exchange.

To be responsible is to be willing to preserve the integrity of whatever the situation requires. The ultimate task is to be responsible for a life lived free of emotional negativity and psychological pain. As no-one in politics or the armed forces is responsible for the integrity of the whole, no war can be justified. This deeply subconscious dilemma makes many people question the validity of sending our boys (and now also our girls) to be killed or maimed. But to no avail. The brave soldiers do their duty and the loved ones left at home weep. And the casualties of war are rushed to the hospitals, their shattered bodies symbolic of the wretched condition of the world.

Regardless of the moral stance of the politicians or peace-keeping rhetoric of the generals, warfare is as popular today as it’s ever been. Up until now, the ultimate release of force has been kept relatively in check by safeguards in the democratic system such as the United Nations (supposedly the moral guardians of the people). Nevertheless, how to wage war ever more effectively on the enemy, or to maintain the balance of power over potential threats, is the overriding concern for any nation, state or leader. The more determined and fanatical an individual, the more he deflects the possibility of any scrutiny of his personal fears and vulnerability in confronting his inner self, the source of his unhappiness. One day, perhaps sooner than later, a particular individual will instigate the ultimate salvo of force as a demonstration of humanity’s unworthiness to carry on as before.

Peace, somebody once said, is only the opportunity for an army to regroup, replenish supplies and forge new alliances so as to be better prepared for the next war. Human evolution can be measured, not so much for the achievements of the great civilisations, but through its desire to wage war and destruction ever more effectively on each other. Peace is bad for business when you’re in the killing game.