The Nature of Depression 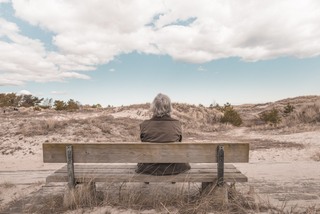 Depression arises from being in a body in a loveless world. So you could say that everyone in the human condition is depressed; or they must pass through the depressed condition of humanity to reach the other side to be free. There are various levels of depression, ranging from what is thought to be ‘normal’ to the severe forms of the condition that afflict so many people.

The most common type of depression is surface deep and can usually be shrugged off when the person becomes occupied with the demands of modern living. The next level down in the gradation of depression is more problematical due to the extended periods of focus on areas of emotional negativity within the subconscious. People who get depressed on a regular basis become identified with the condition of unhappiness and gradually adjust to the low vibration of emotional uneasiness and separation from love. This is then much harder to shake off. Depression, as the name suggests, is something that has become flat and lifeless. The great depression was a term used to describe the aftermath of the financial crash in America in the early part of the 20th century. It was a period of stagnation and despair that lasted for years for many people

The most insidious form of depression is what is termed ‘clinical depression’. Just as a perennial weed becomes established deep below the earth’s surface, so the root of depression travels down to the accumulated core of unhappiness within the human psyche to take hold and flourish. The depressive discovers in time that they can tolerate longer periods of depression but is unaware that it is the emotionality that is swelling and feeding on the vitality of the body. The person feels isolated for days and sometimes weeks, months or years. This is often accompanied by fatigue, low self-esteem and severe mood swings. The pay-off is the satisfaction that arises from being different to others and having the right to be unhappy and in conflict with the world. As the depressed condition becomes a permanent identity, a position of wilful resistance is solidified within the subconscious. This nucleus of rage and discontent is often unleashed most vehemently on those offering help and comfort to the individual.

It is the absence of experience that causes an individual to sink into the abyss of depression. In a way it’s similar to the pain and isolation that the mystic endures as part of the purification process and surrender to the truth behind existence. The mystic retains his presence through the ordeal by remaining conscious of the higher purpose. For anyone in the grip of clinical depression, the external world has nothing to offer that is remotely enticing as an alternative to the negativity of the condition. What the individual probably doesn’t realise is how close they are in their darkest moments to reality or freedom from unhappiness. The tragedy is that at this stage in the process, the depressed person often contemplates suicide in an endeavour to experience something that reconnects them to the vitality of life.

Depression in all its manifestations is an inner cry for love. For a woman, her descent into depression is usually triggered by her first sexual encounter with man. It was doomed from the start. She was looking for love whilst he was looking for sex. The fact that it never measured up punctured her innocent dreams of love and romance. And if it did measure up and was beautiful, the fact that it didn’t last ensured that the seed of depression was sown. Sex is the fundamental cause behind all depression. In a woman it can degenerate through her psyche as an energy of self-loathing and anger at man’s failure to love.

Post natal depression is an experience of many women that surfaces after she has given birth. While the baby is within the womb she has a powerful connection to her love. This greatly sustains her and the child through all the physical hardships she endures. After birth there is a palpable emptiness like a great hole within her being. The joy of seeing her baby can be quickly followed by the despair in being separate from this new little bundle of pure love. Also, her heightened sensitivity arising from the maternal love to provide security for her baby can cause anxiety and anguish in having to shield her child from the hostile environment of the outside world.

The dilemma for man is often self-judgement in not measuring up in the eyes of the world. For him the catalyst for depression is the shame that arises from his failure to love to his true potential. He senses that his integrity has been compromised in some way and can no longer support his drive into existence; he feels psychologically and emotionally impotent. He turns inwards, not in humility to the invisible benign power of consciousness but for solace and escape from the forces of existence.

Understanding where depression originates can be helpful in undermining the condition itself. It’s virtually impossible to get out of a depression when it has a hold on an individual. Once initiated, the emotional force must pass through the levels of the subconscious and have its way. The time to undermine the emotional energy is when the depressive condition is quiescent. Nobody is depressed all the time; otherwise they wouldn’t know they were depressed. It’s within the space in between the bouts of depression that the condition can be undermined and possibly negated for good. It’s a mighty task that is harder for some than for others.

The depressed condition of humanity is a magnet of psychic force that is skilled and cunning in its methods of ensnaring the vulnerable and the unwary. To be free of depression is to be vigilant at all times to the possibility of its subversive inner pull. Paradoxically, the nature of depression is but one of life’s manifold ways to bring man and woman to their senses. People undergo many changes in life but the catalyst for self change and real spiritual growth is pain. But it’s because people suffer unconsciously that there appears to be no point or purpose to their affliction or ordeal. Help is always at hand for the individual who is willing to be responsible for their life and love in existence. Indeed I must face myself and be valiant; but once the impostor has been exposed in the light of self-knowledge all is miraculously changed. The healing of the whole life is set in motion through the realisation that I can do nothing except acknowledge a higher love that cannot be defined.