The Purification of Self 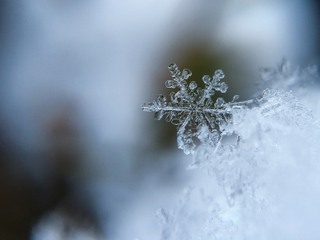 The impulse to escape from the divine purity within the body is almost overwhelming. But it can be overcome when someone’s suffered enough through the pain and pleasure of the living process. Many people begin to turn inwards through the practice of meditation or mindfulness techniques. Although these methods can be helpful, the purification of self is done through the spiritual power of negation, which is the surrender of everything to the unknowable One beyond the confines of time.

The natural expression of self, and its sole virtue in existence, is the physical body; without a body there’s no world or self to know it exists. The troublesome aspect of the self is psychic. Psychic means something intangible to the mind, which is why the self is such a slippery customer to pin down. To exist, it must be continually active and on the move. The domain of self is the subconscious, symbolised by the space between the earth and the moon. Beyond this is the unconscious, which extends beyond the lunar orbit to the extremities of the cosmos. This is the domain of the spirit, and is far more profound than can ever be conceived by the self.

The aspect of self which reflects exclusively on the external world has no knowledge of spiritual truth due to the enormous complication and confusion of the human condition. This is represented by the part of the psyche abutting the surface mind and consists of the past experience of the pain and suffering of humanity. The massed population is unable to access the deeper realms of the psyche because the divine energies which originate from the pure idea of existence are imperceptible to the material consciousness. And all that’s returned in the mirror of inner space is the reflection of the problematical self. Self-realisation, despite the fancy connotation of spiritual enlightenment, is simply the knowledge of the person’s former ignorance of unconscious living and attachment to the world.

The self is oblivious to any intelligence greater than itself. This arrogance of assumed authority has spread like a virus of ignorance and discontent across the planet, and is most prevalent in organised bodies of established learning, particularly in the scientific fraternity. It’s the absence of love as the recognition of the virtue of life which creates conflict, both in the worldly sense between fractious parties in the group dynamic and in the personal affairs of men and women. The self controls the life exclusively as the person until there’s been sufficient worldly experience to begin to question the deeper meaning of life.

Disillusionment with the world brings the separation of unconscious living of the past closer to the optimum point of the present. This purification of self at the cellular level is invoked by a willingness to undergo a spiritual transformation. For a long time a battle for supremacy rages between the self’s wilful resistance to the call of the spirit and the individual’s readiness to journey on into the unknown. When the search for reality becomes the main priority in the life through directing the focus of intelligence within, there’s a reciprocal transmission of power from the Source itself to assist the journey towards completion.

With the purification of the self comes a greater sense of freedom and authority. Something has fundamentally changed which heralds a new phase of life for the individual man or woman. Now the self is aware of something greater than itself within the purified space of the subconscious. But precisely what this mystery is cannot be known to the self. This is the ultimate truth of self-discovery. As the purification continues, the self gradually surrenders its position in humility, not through suppression but in loving devotion to the divine Source within.