The Purpose of Intelligence 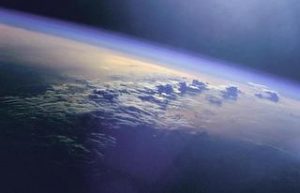 Universal space is the abstract realm of higher mind and the sensory material space of the cosmos. Without the intellect any mental formulations such as thinking would be impossible since there would be nothing to reflect back the energetic idea necessary for intelligence to function. The thought line would literally disappear into thin air back into the infinitude of mind.

Reality is an integrated system of cosmic intelligence, the purpose of which is to activate the ideas preserved in the divine intellect at the original moment of time. Anything to exist, from a brick to a microbe, is imbued with intelligence. This is because everything in existence is supported by a greater or more enduring reality.

The purpose of intelligence is to exceed the time gradient of the world which appears in front of it. The first condition of intelligence which arises in matter is I. This ranges from the almighty Lord of existence to I who am reading these words. The challenge is for I the individual to outdistance the sensory realm and realise the source of my own intelligence. This is achieved through increasing stillness and devotion to the mystery of life.